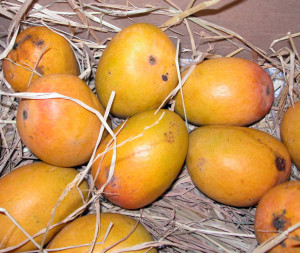 Trade barriers are imposed by governments all over the world in order to protect domestic industries and when they fear that the product doesn’t meet their import requirements. It can be in the form of a tax (custom duty) or in the form of subsidies for domestic products. Sometimes governments have a compulsory domestic procurement requirement as is the case with India’s solar mission.

Since governments sometimes tend to go overboard especially when times are hard for the domestic economy, the WTO has in place certain mechanism to ensure a fair play ground and to encourage trade.

The WTO has what is known as Sanitary and Phytosanitary Measures Agreement (SPS) under which states can impose trade barrier on foreign goods, to protect their country from an influx of contamination.

In march 2014, the EU Plant healthcare Committee found fruit flies in about 200 Indian shipments of mangoes, in April 2014, EU Trade Commissioner temporarily banned Alphonso mangoes and other food products. The ban was then extended till 31 December 2015.

The UK traders and opposition parties are naturally against the ban. But Pakistan is very happy because their ban has been uplifted. India has plans to take the matter to the WTO.

Indian government for its part, has made it compulsory that only APEDA certified food processing / packing houses can export fruits/vegetables from India. India has also informed the EU’s SPS Committee about it.

But EU is not at fault because they found 200 shipments containing fruitflies even though the shipments were from 2013. India has since imposed stricter regulation as stated above.

However, the quantity of trade is about 5% with the EU so not much Euros are lost even if India cannot export mangoes to the EU. But what the EU does maybe followed by other western nations also and India’s brand image can take a serious beating.

Some experts even feel that since India is a developing country, it should be given more time to comply with international food standards.

Preventing contamination takes precedence over all consideration when it comes to plant or animal material imports. The effects are long lasting and have serious implications for the local biodiversity.