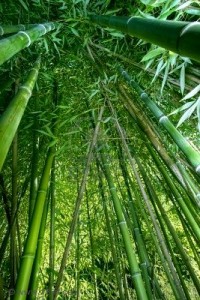 Do you care about classifications? Or do you subscribe to the Shakespearean philosophy of “What’s in a name? That which we call a rose, By any other name would smell as sweet.” The stubbornness for rules and the hesitance towards change leads to a point wherein we become so averse to change that without questioning whether a proposal is good or bad, we protest against it. The accepted philosophy being “jaise ab tak chal raha tha, waise hi chalne do.” Right from computerization to change of syllabus in universities, every change is marked by unprecedented protests. We need to realize that classifications and nomenclatures were designed by humans for convenience and not given to us by God. There was no aakashvani one fine day and a holy voice pronounced- Let O Bamboo, be thy known as grass from this day on… Anything which is man made can be changed.

The classification system itself has undergone numerous changes. Starting with the father of taxonomy Linnaeus, it went on to see major changes and incorporations by Bentham and Hooker, Huthicnson, Takhtjan, Dahlgren, Thorne and even the highly phylogenetic systems such as the APG (Angiosperm Phylogeny Group) are still being constantly upgraded and improved. There is no end to it. Under different classification systems, a genera maybe grouped under different headings.

The Encyclopedia Britannica lists Bamboo as a treelike grass and later describes it as a grass. It is placed in the family Poaceae which includes grasses. So which brings us back to the question- why do we bother whether Bamboo is grass or a tree? Because if it is considered as a tree, local tribe dwellers cannot harvest it but if it’s a grass then they can harvest it as it would then be NTFP (Non timber Forest Produce). Bamboo has umpteen uses and it is a major source of the pulp and paper industry so presently it is under the bureaucratic red tapism but if classified as a grass, under the Forest Rights Act, a local dweller would get rights to harvest it.

Bamboo has been included under trees in the Indian Forest Act, 1927 but this legislation was given during the pre independence period and sticking to it would be continuing exploitation. India is now ruled by Indians and the laws need to reflect empathy towards the forest dwellers which perhaps is the very rationale behind the Forest Rights Act.

Even though the centre has enacted the Forest Rights Act to empower local dwellers, unless the Forest babus take a proactive step and treat bamboo as a grass, tribal’s would be kept out of the cycle of bamboo harvest which could have been a very positive step in economic empowerment given its diverse economic uses.

If calling it a grass helps to bring some prosperity to our indigenous population, then it should be called a grass. This debate should be ended once and for all. The government should adopt a policy of limited governance as far as the forest rights are concerned otherwise rights enshrined by legislations such as the Forest Rights Act will remain meaningless.