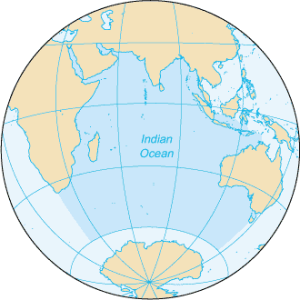 India and Australia have launched robotic floats equipped with sensors in the Indian Ocean. The study, a collaboration between Commonwealth Scientific and Industrial Research Organization (CSIRO) of Australia and NIO of India will focus on large-scale changes in the chemistry and biology of marine ecosystems below the Indian Ocean’s surface.

The Indian Ocean is a wealth of fisheries and mineral resources. It also plays a direct role in driving the climates of its surrounding regions – home to more than 16 percent of the world’s population.

CSIRO said the new “Bio Argo” floats, to be launched in mid-2014, will enhance the already successful Argo float technology. Argo floats are a network of 3,600 free-floating sensors, operating in open ocean areas that provide real-time data on ocean temperature and salinity.

CSIRO’s Nick Hardman-Mountford said the pilot project, led by CSIRO in collaboration with the Indian National Institute of Oceanography (CSIR-NIO) and the Indian National Center for Ocean Information Services, will “improve our understanding of cause and effect in the Indian Ocean’s climate and ecosystems”.

“By studying the Indian Ocean in this detail, we can investigate the origin and impact of marine heatwaves like the one that devastated the coral reefs and fisheries off north Western Australian in 2011 – and improve our prediction of them in the future,” Hardman-Mountford said.