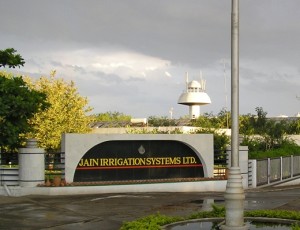 The Fortune’s first ‘Change the World’ came out with the aim to highlight and recognize the efforts of corporations and companies that have created vital progress in addressing major social and environmental issues as an intrinsic part of their business strategy. The goal behind the Fortune’s list was not to measure or rank a company on the basis of its overall social responsibility or goodness, rather all the 51 companies enlisted had one thing in common that is, they were well cognizant of the fact that capitalism is a very strong tool, which could be used to leave a good impact on the society.

The choice of these companies was based on the fact that each of these companies had a potential impact on the society and environment. In order to assemble the list, recommendations from experts from different fields like non-profit, business and academics from around the world was taken by the editors of Fortune and FSG. 200 nominees were hence selected and vetted from the recommendations. These nominations were then analyzed for their potential impacts and finally ranked and reported according to the analysis. The criteria for selection was-

Jain Irrigation Systems Ltd. is the only Indian company to have found its way into the list. Jain Irrigation System’s Ltd. often referred to as JISL, was ranked 7th in the list of global change making companies only after big names like Vodafone and Safaricom, Google, Toyota, Walmart, Enel Utilities and GSK.

The company with its moto ‘Leave this world better than you found it’ strives to improve the economic condition and confidence level of the farmers but not at the cost of unsustainable utilization of the natural resources. This Indian multinational company based in Jalgaon, India has been manufacturing various products like sprinkler and drip irrigation systems, solar water heaters, bio-fertilizers, solar water pumps, etc since 34 years in its 28 manufacturing plants spread across the world.

Recognized by international organizations like Harvard group, IFC (World Bank Group), etc. JISL constantly strives towards sustainable development and are undoubtedly leaders in the “creating shared value” business model. The company has pioneered in its field and has played a major role in addressing issues of food and irrigation security by revolutionary work and major breakthroughs in the field of innovative and sustainable irrigation systems and large scale Integrated Irrigation Projects (IIP). Fortune Global in its report cited that the efforts of JISL were well reflected by its contribution in improving the economic standard of living for nearly 5 million farmers.

The company in integration with its overall business development has been relentlessly working for sustainable development. The company with the promotion of micro irrigation systems since 1986 has helped farmers with small land holdings to find an alternate to their blunt flooding or rainfall dependent irrigation methodologies. This move by the company also helped in increasing the overall yield ranging from fifty to three hundred percent as per the plant variety which resulted in an enhanced profit margin for the small farmers.

Fortune Global further stated that an introduction of improved growing techniques (like high density planting incase of mangoes) and introduction of more viable and more resistant crop species and branching out of the company into financing, food processing and solar pumps for water has been a game changer for the company and has helped the company spread its business to over 116 countries. JISL, the second largest seller of systems for drip irrigation has very well depicted that how capitalism can greatly influence and improve human conditions and help meet the basic social needs and hence a fit nomination due to its high potential to bring about great social and environmental change.

Bhawarlal Jain, Founder Chairman of Jain Irrigation on being recognized for its decades of efforts mentioned that the national goals ranked top in the priority list of the company and they as an organization strive to conserve natural resources and also increase the income and confidence of the small stakeholders and farmers to ensure an overall development which integrated environment and social wellbeing. He said “It is indeed an honour to be included in Fortune’s global list of companies that are changing the world. It represents decades of passion and devotion that our team has invested in working with small farmers. Whatever success we have achieved stems from our belief that only if the farmer prospers, will we prosper.”