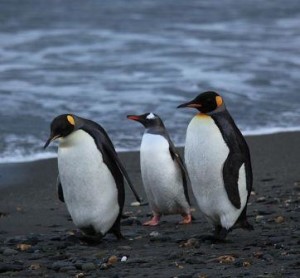 According to the University of Washington research report climate change is a reason for the deaths of the Penguin chicks from the world’s largest colony of Magellanic Penguins. The researchers took around 27 years to conduct the learning and found that the chicks were dying due to drenching in rain storms and tremendous heat along with lack of food.  When chicks are less than 25 days old, they are most vulnerable to storm deaths and the number of storms has increased between 1983 and 2010.

To protect the chicks, parents can protect them but they are too big to sit over and those are still too young to have grown waterproof feathers. Downy penguin chicks exposed to drenching rain can struggle and die instead the attention of their concerned parents. During extreme heat chicks without waterproofing can’t take a dip in cooling waters as adults.

About 200000 pairs make their nests every year on the arid Punta Tombo peninsula in Argentina, world‘s major breeding area for Magellanic penguins. They live in peninsula from September to February in order to hatch their young ones.

Magellanics are medium-sized penguins standing about 15 inches tall and weighing about 10 pounds. Males of the species sound like braying donkeys when they vocalize. Among 17 species of penguins, 10 including Magellancis breeds are found in the region, where there is no snow, it is relatively dry and temperatures can be temperate.