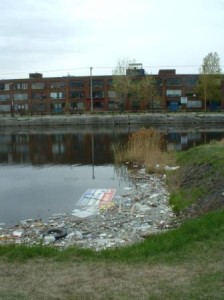 A team of US scientists from Stanford University have developed a new and better method of making use of the microbes for harnessing the electricity from the wastewater. The team of US scientists had created a new battery for this purpose. The new study published in the Proceedings of the National Acadamy of Sciences (PNAS) revealed that the scientists have discovered a new methodology for producing clean energy by making use of the dirty water.

This new technique can be used at the wastewater treatment facilities as well as for breaking down the organic pollutants in dead zones of the lakes and oceans where the fertilizer runoff has caused depleted oxygen, leading to suffocating marine life.

The scientists first started off with a prototype which is equivalent to the size of the D-cell battery. The battery comprises of two electrodes, one negative and one positive, and it is pushed into the bottle of wastewater which is filled with the bacteria.

As and when the organic material is consumed by the bacteria, all the microbes accumulate around the electrode which is negative, thereby throwing off the electrons, which are captured by the positive electrode. This process is called fishing for electrons.

Scientists since a long time have knonw about the microbes, which are also known as exoelectrogenic. These microbes live in the environments which are airless and are also capable of breathing the oxide materials than the oxygen, in order to generate the energy.

In the past as well, various research groups have made their efforts for trying various kinds of approaches in order to transform the microbes into bio-generators. However, it has always proven very difficult to harness the energy absolutely freely.

This new battery model is very simple and yet very efficient. It can harness around 30 percent of potential energy in wastewater, which is approximately the same rate like the solar panels that are commercially available.

However, there is less energy potential in the wastewater in comparison to the sun’s rays. But the process still has an added advantage that it can clean the water. This implies that the method can be used for the offsetting some energy which is consumed for treating the wastewater.