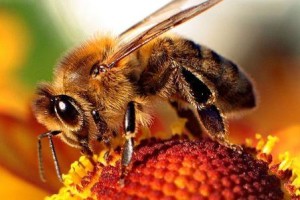 The study revealed that the specific group of chemicals found in diesel exhaust, known as NOx was responsible for diminishing the response of insects towards the floral scents. The researchers revealed that the results of their study made it clear that the quality of air should be improved. Dr Tracey Newman, the neuroscientist of the University of Southampton explained that they started the research because they were aware of the impacts of airborne pollutants on human health, which hinted towards the fact that they may also have an impact on other things.

In order to study about the chemical effects of pollution on the pollinators, the researchers created a mixture of the volatile, or smelly, chemicals which scented like oilseed rape. Thereafter, the researchers made use of the diesel-powered generator in order to create the mixture of air and exhaust which was alike the levels of exhaust found on roads. This lab-made air pollution was mixed with the floral scent mix. The tests revealed that there was a considerable loss of two main components of the floral odour mixture. The two odour chemicals lost during this had chemically reacted with a component of the diesel exhaust, mono-nitrogen oxide, also called NOx.

In order to examine this, the researchers discovered whether the bees were affected due to the change or not. Dr Tracey Newman explained that bees needed to decipher the chemical messages that they got from the flowers. This had to be done so that they could give their best yield of nectar. The pollinators learnt recognising the scents of nectar-rich flowers, which in turn enabled them to forage better.

Dr Guy Poppy, the biologist and lead researcher explained that the airborne pollution interfered with the complex relationship which involved both plants and animals. The study primarily highlighted the need to bring down pollution and also improve the quality of the air. This will not just help in protecting the pollinating insects but will also help in improving the human health.