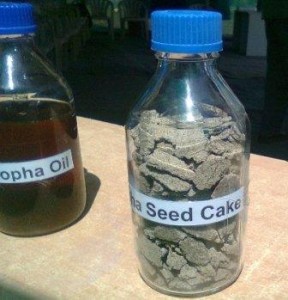 Humanity’s constant dilemma since ages has been to find a constant, never ending stable source of energy. Believe it or not, much of the world conflicts and wars have been somehow centred on crucial energy issues. With the increase in development around the world, the demand for energy is only going to increase and until a newer source of energy with good potential can be agreed upon.

Biofuels are the produce from wastes or living organisms, sunlight being the original source of energy. A very common example is the biofuel that is used for four wheelers but the disadvantage is the corrosion and as has been recently argued, diverting precious food resources. Sometimes the extraction of biofuels involves use of energy which is fossil fuel based leading some experts to argue if such a practise is economical or can be called clean technology since the production actually consumes fossil fuel based power thus offsetting any potential benefits derived from such operations. It is very much like packing a sheaf of recycled papers in a plastic bag claiming it as eco friendly and not caring where the shiny, plastic wrapping ends up.

Most common biofuel is of course ethanol based and produced from fermentation of corn, wheat, sugar cane and sugars. It can be blended with petrol and used to drive motor vehicles. Similarly we have bio diesel, bio gas etc. the sources differ from plants to algae. Recent studies aim to use tobacco plants and even chicken feathers to produce biofuels.

The problem with biofuels is the land requirement for growing such crops. With a world already reeling under population pressures and dwindling food resources, it doesn’t make much sense to divert precious land for growing crops. This is why algae have come to be recognised as a potential significant source for biofuels. One of the reasons why algae is preferred is that it will make use of large bodies of sea and thus not utilize land or even use fresh water.

India which has a Biofuel policy is trying to implement 5% mandatory blending of ethanol in gasoline and the target is to achieve 20% blending by 20171. Some states have been trying to run their public transport on biofuels2.

The way forward for biofuels is interesting and full of possibilities. The crucial question is whether it will be algae, higher plants or some other source that will ultimately be our source for energy.

DTC Buses to run on Biofuel from sewage sludge