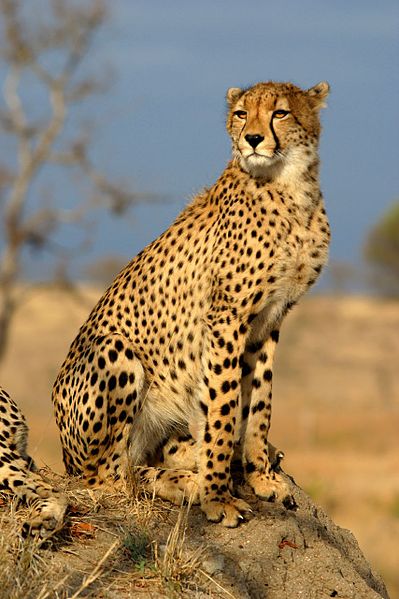 Hi, I am a cheetah. You may know me as the fastest animal on earth. I can run pretty fast but that did not help me from escaping the clutches of human beings who liked hunting me for fun.

I now live in Iran and in Africa but my brothers lived in India too earlier. Alas, all my relatives died and I became extinct in India. The last of my relatives was killed in 1947 although occasionally sightings were observed. Finally, I was declared extinct in 1952. Perhaps, I was the only mammal to have been declared as extinct in India. My connection with India is also apparent in my name which has been derived from Sanskrit. It comes from the word ‘chitraku’ meaning spots.

I have learnt of a new technology called cloning by which I can donate some tissue to help raise some of our young one’s in India. The Indian government had earlier refused to help Iran which had made a request for Lions sometime back. Iranians do not forget insults and pay back in the same coin. So when Iran was told that Indian Lion is not meant for export, it stated the same to India when requested for help regarding reintroduction of Cheetah’s.

I do not care much for such politics. All I want is to be able to live in India again, a country which was my home and from where I was driven out due to mindless hunting.

The government is now planning to reintroduce me in two places in Madhya Pradesh- Kuno-Palpur and Nauradehi Wildlife Sanctuaries and Shahgarh landscape in Rajasthan. I hope it will happen soon and I will be able to visit my relatives again in India.

Editors Note- This is a new initiative of greencleanguide wherein we will try to write articles focusing on areas of interest for children. These are deliberately written in simple and informal language to generate interest among the kids. Since children are the future citizens of tomorrow, this is a small effort on our part to sensitize the kids by making them more aware on core environmental issues.

Read more about me here