Rivers are guides to civilizations and in being so have reverent appeal in almost all religious scriptures of India. With the advent of industrialization, natural resources are depleted at more than ever increasing rates, with rivers bearing the brunt of every outlet there is; from factory waste to sewage and even agricultural run-offs. Therefore, the need to clean them is mandatory for sustenance, be it in our country or worldwide. Portfolios of rivers are available in segments over the internet or on hardbound books and their death has been recorded as memoirs. But the basic understanding of getting up and cleaning them has not reached all. Being a growing superpower and a nuclear one at that, India needs to realize there is more to tidy up than just the border disputes and corruption. Without genuine efforts, rivers have the capacity to be lost forever. 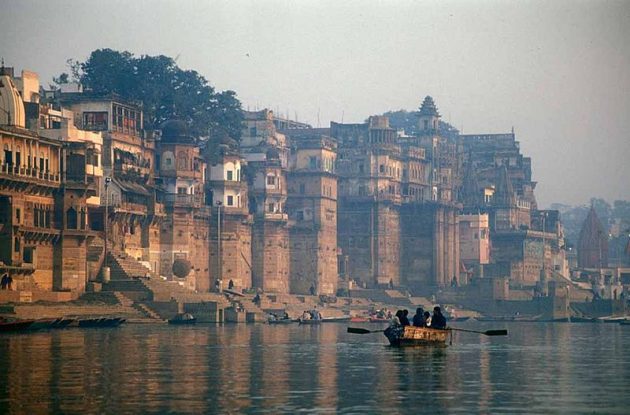 Some of the major polluted rivers in India are Ganga, Yamuna, Damodar, Gomti, Tapti, Hooghly, Oshiwara, Sabarmati, Musi etc. But the most polluted are the holy rivers of Ganges and Yamuna.

Ganges has been known as the blessed river for Hindus, with many rituals associated to it from times immemorial. Ever since human habitation destroyed its pure banks, the holiness of this river has lost sheen. Plethora of biodiversity, such as the famous Gangetic Dolphin, in this river is being destroyed by unnecessary disposal of wastes, both solid and sewage, as well as by transportation routes carved through it. Thus, this beauty emerging from the Gangotri glacier in the Himalayas has been left to rot. Sale of plastic materials around the ritual areas, bathing, washing clothes, cleaning animals are malpractices that has put Ganga in the throes of death. Same can be said for Yamuna, that finds its origin from the Yamnotri glacier. Experts are of the opinion that more than 3000 million litres of untreated sewage is being dumped into the Ganges and by the time it reaches Varanasi, the river turns into a sever placing it the 6th most polluted river in the world. Talking about Yamuna, the river is coined as being severely polluted after passing Wazirabad and Okhla barrage, where discharge of 15 drains pours into it.

Are Other Indian Rivers Worse?

It was debated that other than rivers of North India, mostly of Uttar Pradesh, South Indian rivers are much less polluted but the report from CPCB (2015) silenced all.

“Around 37,000 million litres per day (MLD) of untreated sewage water flows into the rivers across the country”

As per the report, as many as 302 river stretches on 275 rivers across the country, over the years, are polluted due to both municipal and industrial wastewater discharge. The report has also identified nearly 48 sites of pollution in southern India rivers in 5 states: Andhra Pradesh, Telangana, Kerala, Karnataka and Tamil Nadu.

The damage is seen severely in about 95 cities and towns dependant on these rivers, concluding the argument, ‘Which is cleaner: north or south?’

The NDA government’s record in implementing Prime Minister Narendra Modi’s pet Clean Ganga project has been very poor, and the national mission has been able to spend less than a quarter of the funds earmarked for the project in the last two financial years, said a report by the CAG.

Not having an action plan also led to non-utilisation of any amount from the corpus of ₹198.14 crore available in the Clean Ganga Fund – created through voluntary donations by citizens and non-resident Indians.

This is an Integrated Conservation Mission, approved as Flagship Programme by the Union Government in June 2014 with budget outlay of ₹ 20,000 Crore to accomplish the twin objectives of effective abatement of pollution, conservation and rejuvenation of the National River, Ganga.

The main pillars of this project and its achievements till date are:

An Overview of The World

India is yet far behind from the rest of the world in terms of sustainable development. It is because pollution affects every corner of this country where human population is more than the area’s carrying capacity. Although, the frequency of clean-up might differ but the overview as seen from a bird’s eye perspective shows much lackadaisical attitude among the general public regarding protection and cleaning of polluted rivers. Some efforts have been taken by authorities in European countries to clean rivers like Thames, which was disoriented since industrialization ate up most of it.

As far as pollution in the next larger water bodies is concerned, a lot has to be done to prevent and reclaim it in the long run. Oceans are the survival forces of our planet just like rivers and to inculcate a perspective to preserve their authenticity and ability to procreate should be our motto. That includes overall preservation and concern for each water resource, be it ground or surface, fresh or saline. Read more on the impact of plastic pollution on our oceans.