Salinity is the saltiness or dissolved salt content of a body of water. The term salinity describes the level of different salts e.g. sodium chloride, magnesium and calcium sulphates etc dissolved in water.  Sea water has strong salinity due to its higher dissolved salts content. On an average, seawater has a salinity of about 3.5% (or 35 g/L). Sea water has almost all type of salts and other materials dissolved in it. This includes dissolved materials from Earth’s crust as well as materials released from biosphere (from living organisms). Sea Surface Salinity (SSS) can have dramatic effects on the water cycle and ocean circulation. 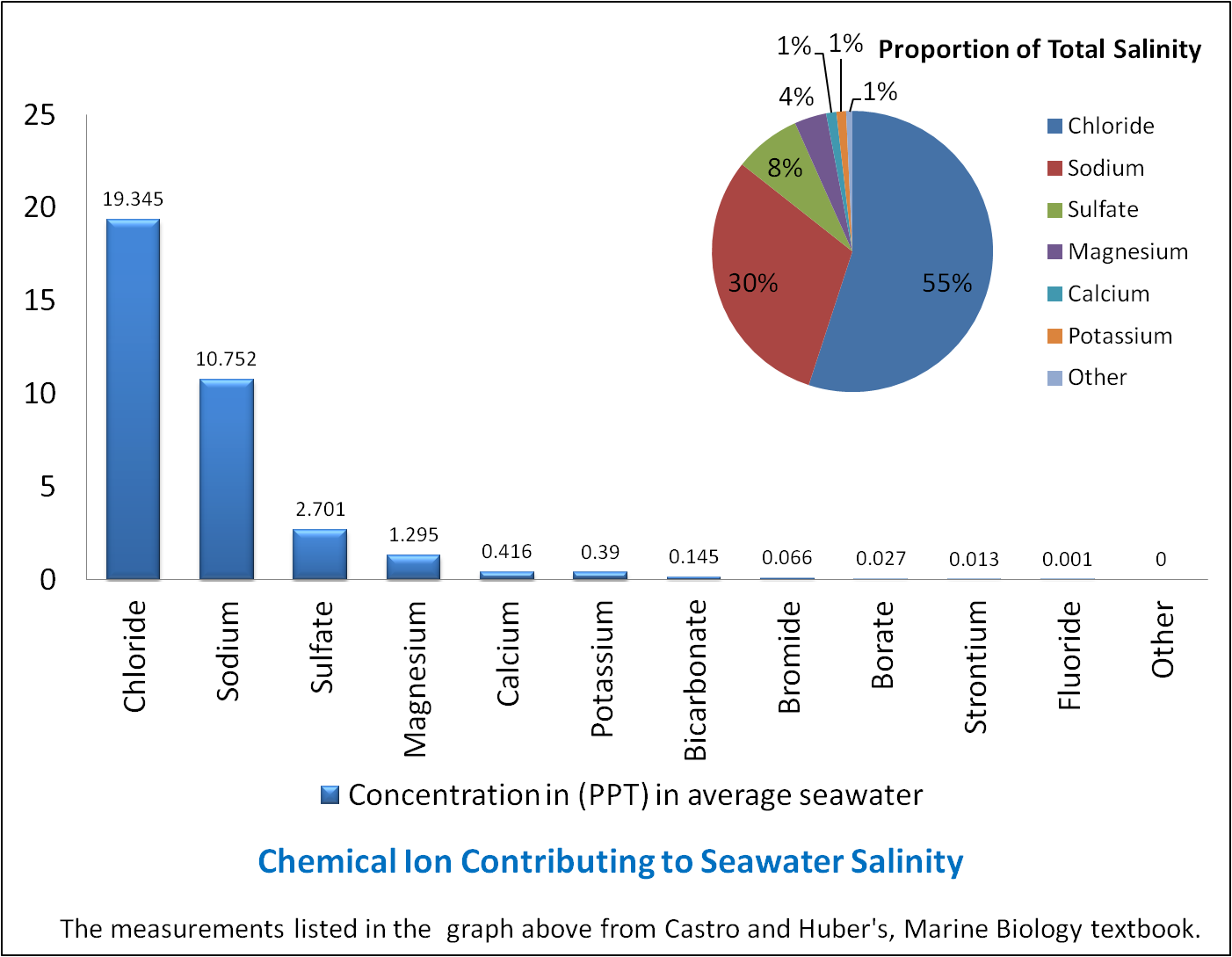 Why does sea water have variation in  salinity?

Thawing of large icebergs: Out of 3% freshwater available on earth, 67% is stored in glaciers, icebergs and ice caps. Large icebergs that are made up of frozen fresh water and without any salts can decrease the salinity of the ocean water upon melting in the ocean water.

The distribution of Salinity across the oceans: As per the information by NASA Science (EARTH), ‘highest concentrations (which is about 37 practical salinity units) of salt water are present the mid-Atlantic Ocean and lower-Atlantic off the coast of Brazil, the Mediterranean Sea and the Red Sea. Lower concentrations are found near the Arctic and Antarctic and the coastal regions of East Asia and western North America’.

Why is it important?

The Ocean Conveyor Belt is the principal mechanism by which the oceans store and transport heat. Since salinity is a key ingredient in the global thermohaline circulation, its measured value will help to discover how its variation induces change in global ocean circulation. Salinity is a major factor in ocean and atmospheric science because it affects the ocean currents that further control the climate of the planet.