The fast pace of urbanization and development globally has taken a toll on nature’s reserves of sources of energy. While globalization and economic development of countries have benefitted the society, the progress has also cost it an ecological imbalance. Without a parallel emphasis on sustainable development, countries have created massive environmental hazards with their development projects. As a result, the world is now forced to rethink about its approach to futuristic development given the harm climate change is causing in the world. 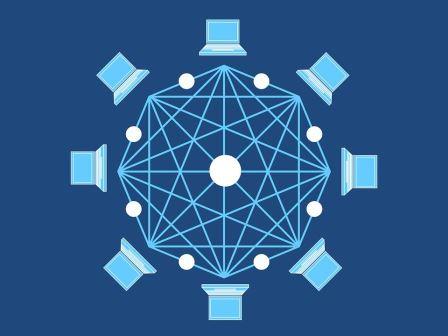 While the Paris Agreement signed by 196 nations in 2015 is a step in the right direction, the convention lacks the required will to enforce a globally-acceptable mechanism to fight climate change. The agreement calls for capping of a rise in global temperature below 2 degrees Celsius, at pre-industrial levels. A major drawback with the agreement is that it is based on voluntary pledges by nations to cut down on carbon emissions. In other words, the agreement fails to offer ample incentive to nations to reduce carbon emissions, despite the fact that renewable energy financing or carbon credit trading is one of the most flourishing industries across the world.

The market for carbon trading-related financial services is set to be worth over $1 trillion within a decade. However, experts point out that due to the centralized and bureaucratic control over carbon trading, carbon markets might set to lose their 15-year-old fight against climate change. What aggravates the problem is that the system continues to be promoted in many countries. In last few years, experts said that the volume of carbon markets has been shrinking despite an increase in affordability of prices. In 2016, the number of carbon offsets traded in the voluntary carbon markets decreased by over 24% in comparison to the corresponding figure for 2015. The downward spiraling price indicates the failure of the carbon market and reflects the need for a change in approach. Needless to say, an increase in prices would discourage the usage of conventional forms of energy leading to a surge in the usage of renewable forms of energy.

Based on the ‘proof-of-green’ system, the NERA Blockchain technology aims to constitute a framework which creates and preserves real economic value as an incentive for opting for environmentally-benign methods. By encouraging empowerment and incentivization, the NERA blockchain technology seeks to launch a system to track emissions which are consensus-backed at an individual level. As a proof-of-green standard of measurement, each community member is rewarded with an Emission Reduction Unit (ERU) in exchange.

Individuals can get ERUs with their efforts to cut down emissions which may include adoption or production of clean energy, reduction of carbon dioxide or even green campaigning.

The NERA Blockchain would be an immutable digital ledger powered by blockchain technology, which can help in recording efforts to cut down carbon emissions in a cost-effective manner. In exchange, participants are rewarded ERUs. These ERUs become a proof-of-green measurement reward and would be recorded in the NERA blockchain after going through an intensive verification process. As soon as a transaction is verified, it is examined by a NERA algorithm which awards a user the number of ERUs, a particular activity qualifies for.

The NERA tokens form the basis of the NERA model. What’s more is that these tokens work as a revenue source for individuals if they seek active participation in the projects launched by NERA. These tokens can be obtained or mined by converting ERUs. The tokens can be used to transfer funds and make online as well as offline purchases within the NERA ecosystem. Apart from purchasing them, individuals can also obtain these tokens by getting their ERUs converted.

The group of merchants and eco-cities who would host or launch the clean energy and renewable energy projects espoused by NERA would comprise NERA Green Nodes.

In addition, individuals can also upload their proof-of-green documents online via a portal or a mobile app via the NERA Online facility. Participants can utilize their NERA tokens at selected merchants.

The NERA Green eco-cities seek to challenge the existing norm which does not encourage participants to earn revenue from carbon trading.