Our precious Earth is the only planet identified till date as being able to sustain life. To equally contribute towards our sole survival input, it is mandatory to protect it with everything we have. Technological advances are the need of this century but should go hand in hand in preserving the biological fauna and flora present on our planet. The atmosphere, which is a protective blanket helping enhance and enable life, must be equally preserved too. Thus arises the need to celebrate Earth day as the day when anthropogenic impacts on our planet are summed up, policies made and strategies implemented such that Earth is salvaged from extinction. 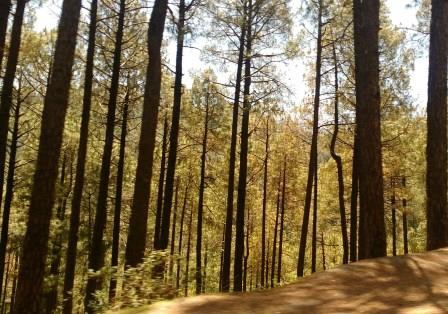 Earth day is celebrated on 22nd April every year and American Senator Gaylord Nelson is acknowledged as its founder. This is because he announced Earth day as an environmental teach-in on April 22nd, 1970. Nelson was later awarded the Presidential Medal of Freedom award for this initiative. Initially, this day was observed only in the US, but an organization formed by Denis Hayes, took this event international in 1990 with 141 nations participating and observing this day as Earth Day. Many treaties and strategic developments have been organized on this day since its birth such as the Paris Agreement in 2016, the March for Science in 2017 and People’s Climate Mobilization, also in 2017.  Now more than 193 countries participate in Earth Day celebrations, which is coordinated globally by the Earth Day Network.

This year the theme of Earth day is “End Plastic Pollution”. In order to reduce plastic use and disposal, the theme asked for ideas to shut out plastic from our lives, mostly single-use plastics along with global regulation of disposal of plastics. Recently a group of German scientists found out that 1 liter of Arctic ice, in the form of ice cores, contained nearly 12000 micro-plastic substances. This is way too much since the last research and if continues will eventually lead to a destruction of marine habitat in the polar seas. Antarctica has not been spared either.

Apart from polar regions, use of plastics in our daily life has gained such an importance that its tenacious nature is impossible to destruct over a short period of time. Plastic industries have an inevitable need in the modern era and use of plastics cannot be completely banned until some alternative methods are employed and carefully experimented with, such that the use of plastics is reduced. Until then, single-use plastics can be banned and the introduction of degradable and thermosetting plastics can be encouraged. The latter has the ability to survive high temperatures and thus can be reused. Although the overall strength decreases with each reuse, the total number of new plastic products manufactured will gradually decrease. Thus, in a world which at present depends on these long-chain polymers, it is imperative to limit production, research new methods and areas so that our planet is not consumed by this non-biodegradable monster.

The young generation is the hope of our civilization. It has the power to change and bring about metamorphosis in the existing system. As per recent reports, the current global youth population is nearly 1 billion, which if mobilized properly, has the strength to overcome any kind of pollution, plastic or otherwise. United Nations has launched an initiative known as “#littlebylittle”, which aims at guiding youth to substantiate their global power and introduce small yet effective ways to contribute to a variety of social, developmental, technological as well as environmental scenarios. As per this initiative, every little environment protection act you do is to be recorded and sent to the organization so that an overall report can be generated showcasing how much of energy resources have been saved every month or year. Thus, little acts of protection sum up to a larger action which has the tendency to help tackle problems in the future.

Our youth, who will be the next generations of scientists, politicians, and academicians, have to take responsibility in ending plastic pollution as this year’s Earth day theme suggests. Some ways to conquer plastics are: