The inclusion of the genus Dalbergia in CITES Appendix II has been proposed in the 17th Conference of the Parties (COP) to the Convention on International Trade in Endangered Species (CITES), Johannesburg, South Africa in 2016. The proposed inclusion has been done to ensure that the legal trade does not become a direct cause of the extinction of these threatened species and will help curb illegal trade.  It was also proposed that the inclusion will control the international trade by eliminating the arduous task of enforcement and customs officers of differentiating between the hundreds of Dalbergia species listed and not listed in CITES. The regulation has been effective from the 2nd January 2017. 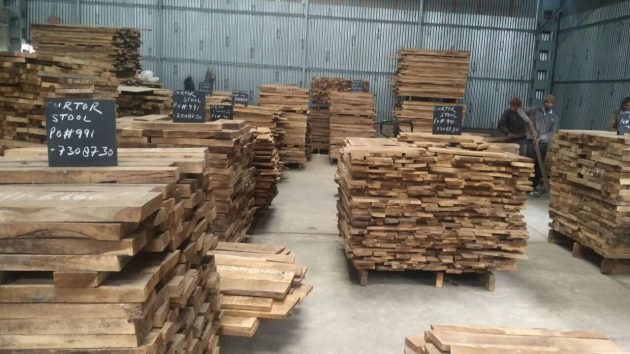 However, this amendment has a direct and severe impact on the Indian Handicraft Market (Export revenue of approx. US$2 billion) and second largest employment generating sector provider after agriculture. Some of the prominent centres of wooden handicrafts in India based at Jodhpur, Jaipur, Delhi NCR, Sardarsahar and Saharanpur has been first to spearhead the impacts of their business vulnerability.

What is the requirement?

Under Regulation of Trade in Specimens of Species Included in Appendix II (Article-IV) the requirements are as follows:

The export of Sheesham and Rosewood items would require the prior grant and presentation of an export permit or a re-export certificate from the origin country. An export permit shall only be granted when the following conditions are met:

What has been done so far?

India has enters a reservation with reference to the inclusion of Dalbergia species in Appendix II of the Convention and has declared that its Export Promotion Council for Handicrafts (EPCH) is the competent authority of the Republic of India to issue comparable certificates according to Article X (Trade with States not Party to the Convention) of the CITES. This comparable certification is VRIKSH ‘timber legality and verification scheme. This was initiated by EPCH in 2013 after the due diligence requirements under the EUTR and Lacey acts. Although the modalities of the CITES certification process is not yet finalised by the authorities. Once finalised, the Ministry will upload the procedure details and certificate specimen on the MoEFCC and Wildlife control Bureau websites. Based on the available public information, the tentative process flow for getting a VRIKSH Shipment Certificate would be as follows: 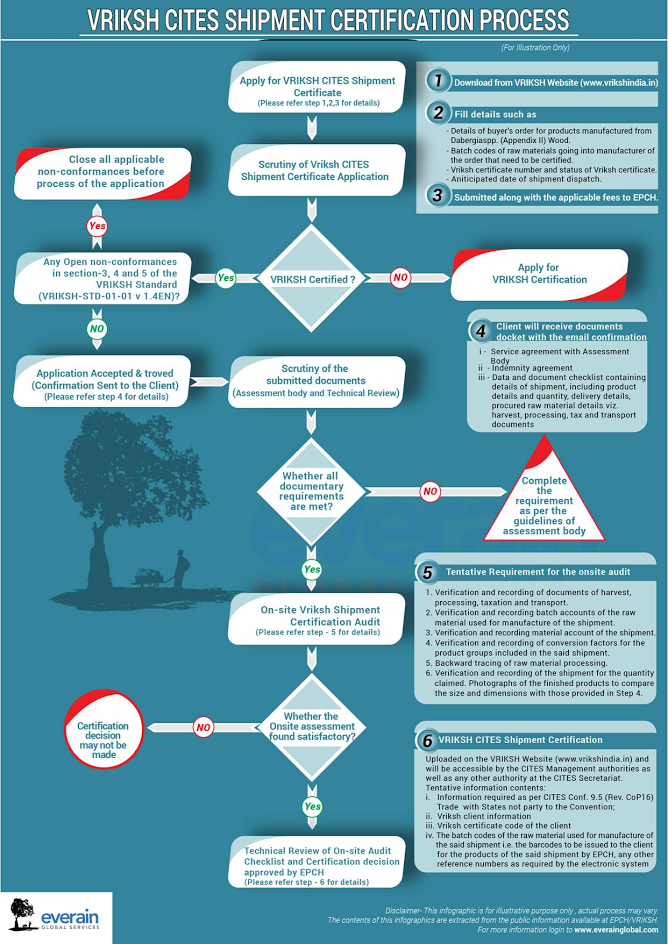