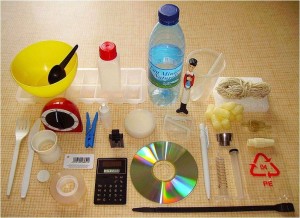 The world’s love affair with plastic has been something of a messy one. In one form or another, plastic has been part of our everyday lives for a little over a century, arguably revolutionizing industry at a scale no other synthetic material has done before or since. The heavy cost underlying these gains has also been known to us for quite some time. An effective way to mitigate these costs, however, has not materialized yet.

Pollution isn’t always as visibly apparent as the kind caused by plastic. When confronted with the inherently ugly phrase “plastic waste”, images of spoilt beaches, overflowing landfills and choking wildlife spring to mind, and for good reason: the damage plastic waste has on the planet is a very visible (and growing) problem. Over a billion tons of plastic have been discarded worldwide since the 50s, and less than 5% of the staggering 100 billion plastic bags used in the US yearly are recycled.

There are two seemingly obvious ways to combat the pollution caused by plastic wastes:

The good news is that both industries and individuals alike have been pursuing both avenues for as long as public consciousness has raised to the issues.

The bad news is that neither approach is wholly effective. Let’s discuss the downsides to each, before presenting a brand new option that has only just recently become viable. 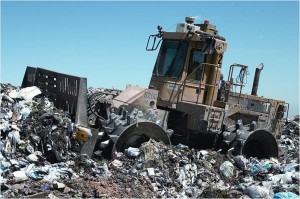 Historically speaking, we’ve seen plastics (or petrochemical polymers, to be specific) as an indestructible, non-biodegradable nuisance that will outlast human civilization. That hasn’t been far from the truth, and even our efforts to recycle plastics have remained limited since they lose their strength remarkably quickly during the process (it’s really only possible to recycle new plastic two or three times before it breaks down, and not in a way that eliminates waste.)

Far from suggesting that trying to reuse resources is a bad thing – because it’s not – we need to be honest about its efficacy. Much research has been carried out into plastic recycling over the last few decades, but progress is slow and we’re far from coming up with totally effective methods.

Another problem with regards to recycling is the notion of down-cycling; that is, plastics may be renewed into other plastic products, but what happens to those products once they’re run their course?

Ultimately, the life of most plastic products is funneled down a one-way track to landfill.

This sounds like a logical move, but sadly this would only be a complete solution if we were to reduce our plastic production and usage by 100%.

Not only is this virtually impossible, but it would be fairly disastrous even if we could achieve this. Sometimes, we need to look not at the cost, but the gain.

Since much of the economy relies on the plastic manufacturing industry (and the foundation of many other industries hinge upon it), we’d be in a sorry state if we were somehow able to wipe it off the map tomorrow. Some key facts, courtesy of the Plastics Industry Trade Association: 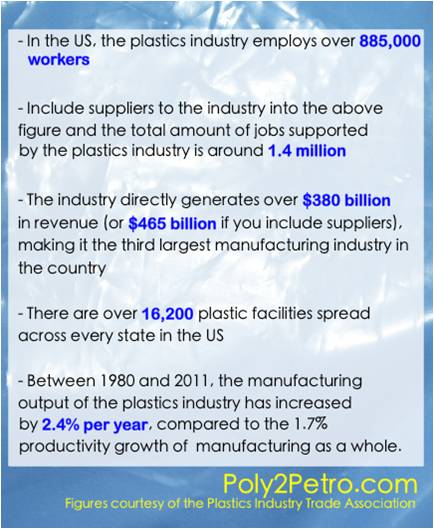 How, then, can we solve the problem of plastic pollution without simultaneously crippling this huge part of the economy in the process?

The answer comes not from changing production, but from revolutionizing what we do with the plastic once we’re done with it…… ultimately, it’s all about changing our perception.

Thankfully, there is a way to not only reduce waste but use it to generate something of which we’re in drastically short supply: oil.

Option Three: Not Recycling or Eliminating, But Converting

The technology behind turning plastic waste into usable readily-usable fuel isn’t actually new. Pioneered in Japan, the process has existed for at least five years now and has long since proven to be entirely viable, relatively simple and with no real downsides. So why is it that very few people have even heard of this silver bullet, let alone use it?

So far, it has come down to commercial viability (or, to be precise, the lack of it). The potential has always been there, just never been fully realized – while there are a number of small-scale facilities around the world, the process isn’t hugely efficient or cost-effective at this level.

There has only been one serious foray into upscaling the process into one that can commercially support itself.

But whatever happens further down the road, it’s already clear that when it comes to renewable energy, it’s high time we renewed our thinking.

Zeke A. Iddon is a British entertainer and advocate of improving global thinking on climate change and sustainability issues. In his capacity as a writer for Poly2Petro, he hopes to help educate the public’s understanding of plastic recycling (and its current failures), if only in a small way.