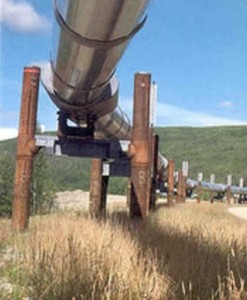 The Prime Minister of India, Dr. Manmohan Singh, today dedicated to the Nation GAIL (India) Limited’s 1,000 km-long natural gas pipeline from Dabhol in Maharashtra to Bangaluru in Karnataka during the inaugural ceremony of the 8th Asia Gas Partnership Summit (AGPS) in the presence of Minister for Petroleum & Natural Gas, Dr. M. Veerappa Moily and Minister of State for Petroleum and Natural Gas & Textiles Smt. Panabaaka Lakshmi.

Speaking on the occasion, Dr. Manmohan Singh said GAIL had witnessed rapid growth over the years to become a diversified conglomerate. “Today, GAIL is one of our best Public Sector Enterprises and has been categorized as a Maharatna,” he said.

The Dabhol – Bangaluru pipeline dedicated by the Prime Minister has connected South India to the national gas grid for the first time. It has been constructed at an investment of Rs 4,500 crore with a design capacity of 16 MMSCMD of natural gas which can produce 3,000 MW of clean energy.

Speaking on the changing energy scenario in the world, the Prime Minister said the discovery of shale gas had brought about a “sea change” in this context and India was hopeful of discovering shale gas reserves.

“To bridge this gap between supply and demand, we are encouraging domestic and global companies to explore our onshore and offshore regions. I take this opportunity to assure investors of our Government’s commitment to providing a stable and enabling policy environment for exploration of new sources of energy,” Dr. Singh said. India is also progressively pursuing other options to achieve energy security. One of these is the acquisition of energy assets in other countries. These will not only help us in securing new supplies of energy but also in acquisition of the latest technological know-how, he said.

The Prime Minister said the AGPS was a unique platform in the area of energy and had grown substantially since its humble beginnings 10 years ago and provided “exciting possibilities” for joint investments in areas like gas pipeline development, LNG terminals, petrochemicals, gas trading hubs and city gas distribution.

The Minister for Petroleum & Natural Gas, Dr Moily said emerging markets in Asia, including India, were witnessing double digit growth of natural gas usage while the developed markets were growing at only about 5 %. He said the Government planned to double India’s current pipeline length of over 15,000 kms to 30,000 kms by 2030 and to make the country energy independent by that time. He also added that with active co-operation between the participating countries the Turkmenistan – Afghanistan-Pakistan-India (TAPI) pipeline project is expected to be a reality by 2017-18.

The Minister of Oil and Gas Industry and Mineral Resources of Turkmenistan, Mr. Muhammetnur Halylov was also present during the occasion.

The 8th AGPS, Asia’s premier natural gas event is being organized by GAIL (India) Limited and Federation of Indian Chambers of Commerce and Industry (FICCI). The Summit brings together a host of industry leaders from across the globe over the next two days and is expected to witness the participation of over 46 speakers from 16 countries and more than 800 delegates. The two-day conference with the theme ‘Asian Gas Market: Challenges and Opportunities in the Changing Paradigm’ will have six business sessions and a special session and feature some of the best speakers and experts in their areas.

The participants from international organizations and companies will include top officials from International Energy Agency, International Gas Union, BG Group, Carrizo Oil & Gas of the US, PetroChina Company Limited, GDF Suez of France, Shell, Total Gas & Power and Natural Gas Fenosa of Spain, besides others.