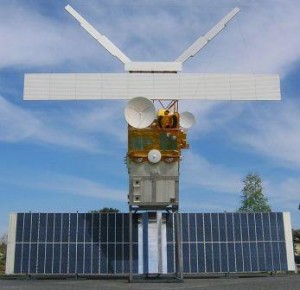 The European Space Agency (ESA) gave a green signal to Biomass, the satellite that can weigh the forests of the Earth. Biomass would be launched in 2020. The Earth Observation Programme Board of ESA has approved 400 million Euro for the Biomass mission.

Biomass will carry the state-of-the-art radar system which can sense trunks as well as the branches of the trees from orbit. This satellite will be used by the scientists for calculating the carbon amount stored in forests of the world. It will also be used for monitoring the changes in the forests during its five-year mission.

The data from the satellite will be used by the scientists to understand role of trees in cycling of carbon on Earth and that how it affects the climate of our planet.

The scientists explained that this would in turn help in formation of the treaties which would help the developing countries in preservation of the forests by undertaking measures such as UN Reducing Emissions from Deforestation and forest Degradation (REDD+) initiative.

Biomass will be the seventh satellite of ESA’s Earth Explorers, a series of the spacecrafts which are designed for innovative science. So far, ESA has sent its three missions in the orbit, which sent back vital information such as ocean salinity, soil moisture, polar ice cover and gravity.

The spacecraft that will study the magnetic field of the Earth will be launched by the ESA in 2013. The satellites under this mission will study wind as well as fine particles in atmosphere.

The Natural Environment Research Council (NERC) of UK funded the basic science which underpinned the concept of Biomass. Britain is senior partner of Earth observation programme of ESA. It will play a crucial industrial role in biomass mission.