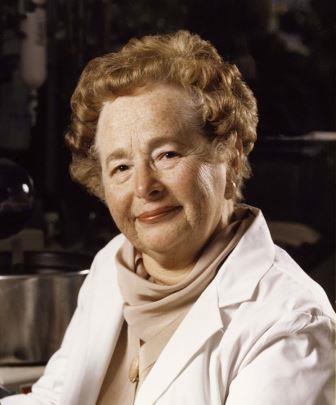 Elion lost her grandfather to cancer at the age of 15, it was this incident that instilled in her the craving to learn and find a cure to the disease. She took chemistry as her majors during her years of study, but did not confine herself to just that. She later worked on various subjects like immunology, biochemistry, pharmacology and virology. She was like a boon to the medical field for which she is well known and remembered even years after her demise.

Education: Elion born in 1918 is one of the most renowned pharmacologists and biochemist in the history of America. She played a major role in developing varieties of drugs including diseases like AIDS and malaria. Born to immigrant parents, Elion had insatiable thrust since childhood for knowledge. She went to Hunter College for her bachelors in chemistry in the year 1933. Due to the financial crash down faced by her father in 1929, Elion could not enter graduate school until 1939. The only girl student during her master’s course, Elion obtained her degree in Masters in Science in 1941 from New York University.

Achievements: She worked as an assistant to George Hitchings around the time of the World War II. It was during her association with Hitchings that she got an opportunity to broaden her domain and extended into biochemistry and other fields related to medical science. She explored new less known frontiers from the very beginning.

She was awarded the Noble Prize in Physiology or Medicine in 1988 shared with George Hitchings and Sir James Black. Due to her father’s financial crisis she could not complete her doctoral degree but that never was a hurdle for her rather she took it in her stride to be awarded three doctorate honorary degrees later from University of Michigan, Brown University and George Washington University. She also received many awards in her lifetime for her enormous contribution like the Garvan-Olin Medal in 1968, the National Medal of Science in 1991and Lemelson-MIT Lifetime Achievement Award in 1997. She was also the first women to be inducted into the prestigious National Inventors Hall of Fame.

Elion discovered various drugs in her lifetime like Pyrimethamine for malaria, Nelarabine for cancer, Allopurinol for gout amongst others. She stood by what she once said “Don’t be afraid of hard work. Nothing worthwhile comes easily” and continues to inspire everyone even today.