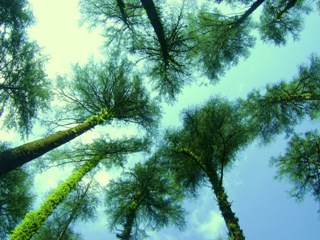 In 1972 the United Nations General Assembly established the first World Environment Day in the city of Stockholm, Sweden. After that the first environment day was celebrated on the fifth of June, 1973. Since then, it has been hosted every year in a different city with a different theme. The theme of World Environment Day of 5th June, 2011 is Forests: Nature at your Service. It has a special meaning for Indians as the host country for this year is New Delhi, India. The celebration assumes greater importance as 2011 also happens to be the International Year of Forests.

“The United Nations Environment Programme (UNEP) on 22 February 2011 announced that  India, with one of the fastest growing economies in the world that is embracing the process of a transition to a Green Economy, will be for the first time ever the global host of World Environment Day 2011 (WED) on 5 June”.

The reason for selecting Forests as this year’s theme is to encourage conservation and sustainable use of forest resources, the alarming rate at which forests are being depleted has sounded warning bells underlining the need for rapid and urgent action. Forest degradation results in 20% of green house gas emissions which can be controlled by effective management of forests. Forests support 80% biodiversity providing a home not only to animals but also to humans. Conservation of Forests needs to be our bulwark in the fight against climate change.

Forests have umpteen uses, they not only provide many natural resources of direct and indirect use; they also help in checking soil erosion, hazards and serve as valuable means for carbon storage thus helping in the mitigation of climate change.

What can you as an individual do on this World Environment Day to express solidarity and help in the conservation of Forests?

As an informed user, buy forest products that originate from sustainable sources. Make others around you aware of the benefits of conservation of forests.

Simple steps such as planting one tree a year, not printing mails unless absolutely necessary, printing on both sides of the paper, not using plastic will make your celebrations of World Environment Day a more meaningful event.

Visit the UNEP website for more details about the entire program.