Imposition of 95 percent safeguard duty has been demanded by Indian Solar Manufacturers Association (ISMA) on imports of solar cells and modules. This imposition has been raised to protect the domestic players from cheap inbound shipments. 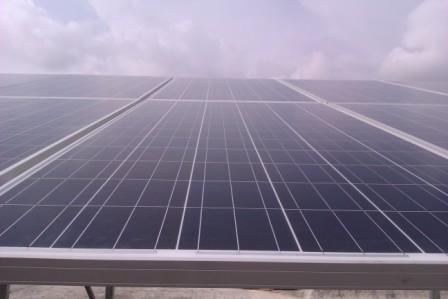 On the issue held today, the manufacturers association put the demand forward when a public hearing was held under the commerce ministry by the Directorate General of Trade Remedies (DGTR). The directorate listened to various aspects of safeguard duty on solar cells. It’s been observed in the data submitted by ISMA to the DGTR that 95 percent injuries are there from solar imports and has therefore asked for the safeguard duty on the solar equipment imports.

However, by tomorrow, the written submissions of the parties will be submitted, and refusal to these can be presented by July 2. A proper full-fledged decision is expected to be finalized by the mid of July.

This pressure of opting safeguard duty can endanger India’s target having 100 GW, said Solar Power Developer Association. This target was expected to achieve by 2022, but the imposition would influence 25 GW capacity, which either tendered or being tendered.

In its submission, ISMA has also stated that India is allowing the import of inputs from countries such as Taiwan, China, and Malaysia. Due to these imports, India is missing out on many good opportunities. In 2018, it is expected that India will add capacity of 9,000 MW solar powers. According to this, India will give a handsome amount of money, i.e., Rs 21,500 crore, costs of interests, and employment of the national capital and labor to Taiwan, China or Malaysia. By 2022, India aims to obtain 100 GW solar capacities. Solar cells are basically imported from Malaysia, Taiwan, China, and Singapore. These cells are electrical devices which directly convert sunlight into electricity. The imports of these cells from other countries take more than 90 percent of the total inbound shipments in the country.