Forests are treasures of nature, providing the necessary, directing the wild, sources of amenities for humans; thriving in spite of misuse. These caregivers of our planet not only act as home to a million varieties of species but are one of the two main sinks of GHGs, the other being oceans. It may not be the first time you were taught about protecting forests or reclaiming areas for progressive cultivation and thus to a species-rich habitat, but the need for doing this now is more than ever.

People are caught in destroying facets of this environment without realizing the doom lying ahead. Now with a young population of nearly 2 billion, the requirement for preservation of genetic biodiversity, both in fauna and flora, has exceeded prior commitments. It is a now or never situation. It’s difficult to make the general public understand limitations of their survival in absence of oxygen as presently whatever they get is free and easily available. Without any care of what might happen tomorrow, and that is sure to with the current trends in pollution elevation, people choose to forget to save. Exorcising is never easy but this pollution caused by our unhygienic activities can easily be removed through a simple procedure, a simple at hand task, and that is, planting trees to regrow a lost forest. 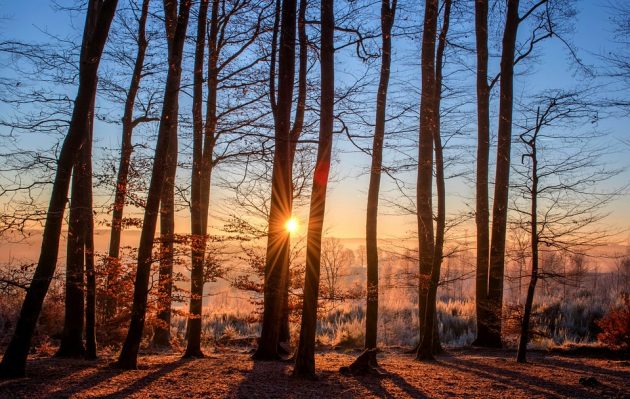 Beginning With The Indian Forest Scenario

When India was under British rule, a number of changes were brought about in the existing ruling system with additions and subtractions of what benefited the Britishers. Hence, the Indian Forest Act of 1865, which ended the centuries-old tradition of forest use by communities and secured the planted areas, rich in biodiversity, for utilization of the colonizers, came into being. This Act was a precursor to the Forest Act of 1878 and was responsible for declaration of any planted land as a forest with direct management by the British. Accordingly, the Indian Forest Acts of 1878 and 1927 were implemented with 1927 stating the following:

“To consolidate and reserve the areas having forest cover, or significant wildlife, to regulate movement and transit of forest produce, and duty leviable on timber and other forest produce.”

Apart from this, the Act of 1927 also regulated which of the planted areas could be declared a Reserved Forest, a Protected Forest, or a Village Forest. It is thorough in defining what a forest offence is, the activities prohibited in a Reserved Forest and the penalties leviable on violation of provisions of the Act. The territorial extent of this Act was whole of India except the state of Jammu and Kashmir.

The drawback of this Act, after the 1972 UN Conference in Stockholm aroused a global environmental consciousness, was that this categorization of forests into three classifications is based only on the revenue generated and has no relation whatsoever to environmental protection. Even after the constitution of India was amended in 1976 to include environmental safeguards and the Forest Conservation Act of 1980 was passed, this Act of 1927 remained in force in many states of India, with examples of Kerala, Tamil Nadu, Karnataka and Andhra Pradesh.

To demodulate and reinforce the policies of 1927 and another of 1952, a new National Forest Policy was brought into effect in 1988. According to this policy, the total forest cover of our country should not be less than 33% (as stated by the NFP 1952 too) to ensure environmental stability and preservation of ecological balance, with the providence of indirect economic benefit without any major losses to the planted areas. (http://blog.forumias.com/urgent-need-to-review-the-national-forest-policy/)

With the advent of population explosion crisis, forest cover has reduced far more than ever in the Indian sub-continent, thus, impaling the NFP of 1988. Some of the shortcomings of this policy are mentioned below:

At present, India’s forest and tree cover is estimated to be 802,088 sq. km, which is about 24.39% of the country’s total geographical area. (https://www.livemint.com/Politics/YKRe5VogEJnpFzUdFKU0QJ/Government-unveils-draft-national-forest-policy.html).

To protect the existing and increase the same to 33%, an improved draft on Forest Policy was placed in public domain for suggestions and comments on 15 June 2017. After this, the approved draft was released in 2018, which included many factors not previously enclosed in the earlier policies.

The highlights of the approved draft are:

Expecting the Best out of NDNFP 2018

To begin with, a number of policies have been brought into effect since Independence with some or the other drawbacks holding those back from perfect implementation. Here a new page is being turned and we must hope that this National Forest Policy of 2018 would have the capacity to recognize the shortcomings of its predecessors, not repeat the same mistakes and move forward to excel in its preamble and goals of environmental development.

What’s in there for Climate Change?

As is discussed in the beginning, forests act as sinks of GHGs, especially Carbon dioxide, thereby assisting in mitigating climate change. Mentioned in the new draft is that:

“Climate change concerns will be factored in all the forest and wildlife areas, working/management plans and Community Ecosystem Management Plans”

Thus, helping overcome perils of drastic meteorological conditions in the country. The policy also talks about degraded land and how to improve the uncultivated areas with help from both private and public sectors using partnership models.

“The lands available with the forest corporations which are degraded and underutilized will be managed to produce quality timber with scientific interventions. Public-private participation models will be developed for undertaking afforestation and reforestation activities in degraded forest areas and forest areas available with Forest Development Corporations and outside forests.”

What India needs now is a thorough understanding of each and every part of its vast biogeographical arena, not to mention the increasing human resource, and formulating a way to amalgamate both into sustainable development.