Maharashtra is the largest power generating state in India with an installed electricity generation capacity of 26,838 MW (As on 31st August 2012). Maharashtra constitutes 13% of the total installed electricity generation capacity in India which is mainly from fossil fuels such as coal and natural gas. The state of Maharashtra forms a major constituent of the western grid of India which now comes under North, East, West, and North Eastern (NEWNE) grid of India.

Maharashtra experienced increasing capacity addition in the last few years. In the year 2005, Maharashtra had a total installed capacity of around 10,223 MW. The capacity has been increased to 26,538 MW in the year 2012 (August 12, CEA). To meet the expanding energy requirement in the state, additions to generating capacity were made both in the private as well as the state sector, expected to lead in reducing deficits. However, the state of Maharashtra has been experiencing energy deficits since 2004-05.  This is still less than many other states but if the scenario remain same for years ahead, the deficit will further grow. 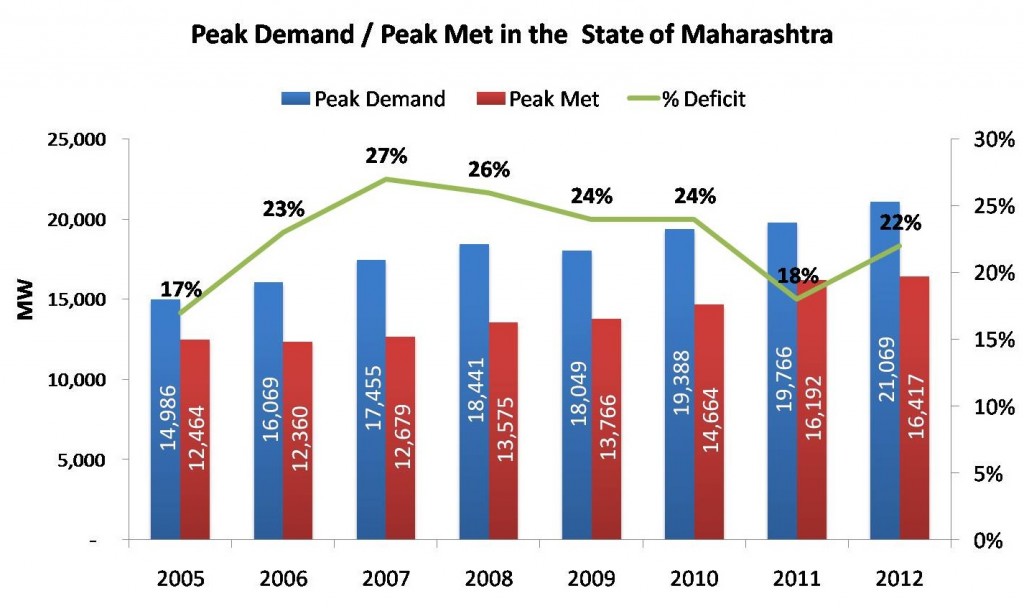 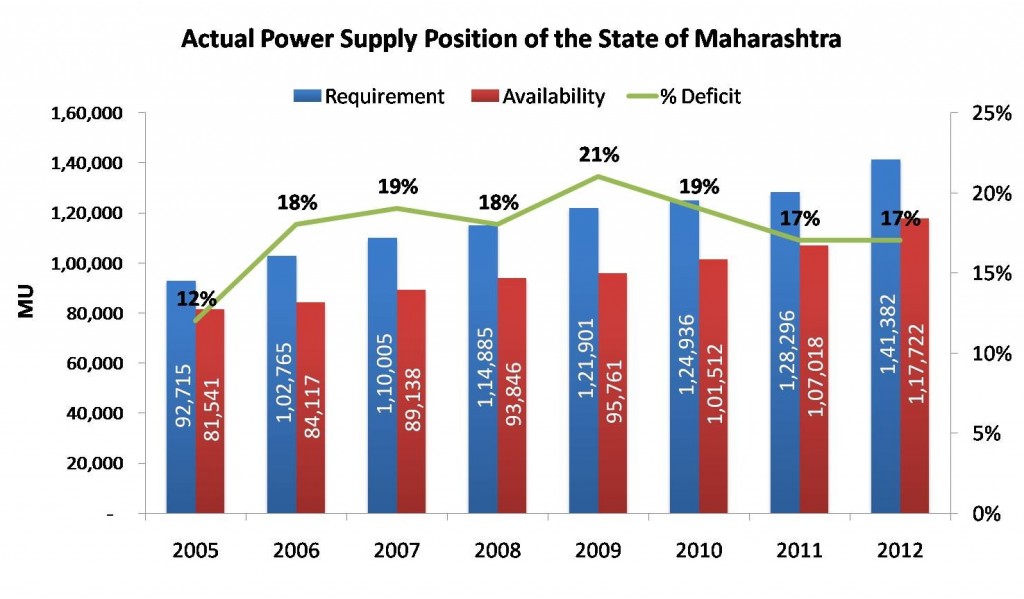 Overall, the electricity scenario is not good in the state and needs further investment to increase power generation. Based on the current status of fossil fuel supply to power plants, it is difficult to rely on a single source of energy in the years ahead. Renewable energy should be the future of the energy sector in Maharashtra and also in the entire country. Aligned with the Renewable Purchase Obligations under the Electricity Act and India’s National Action Plan of Climate Change, capacity addition to the renewable energy sector is taking place in the state. The state of Maharashtra has considerable wind and solar energy harnessing potential. The State and central government subsidies and the recently introduced accelerated depreciation benefits to the solar power producers are also helping RE project developers to invest in this sector.  The collective encouragement to the RE sector can help to resolve the electricity supply position in the state of Maharashtra.