You wake up in the morning. The sun is shining. You walk down to the kitchen and begin the day by making breakfast for your family. In about half an hour, you wake the kids and send them off to school. You wish your husband a wonderful day at work. Your day is full of chores, especially cleaning the house. You don’t think twice about the products you use as you spray and clean the windows, kitchen, bathroom, and all the other rooms in the house. That night, you all settle around the small 15-inch black and white television to watch I love Lucy. 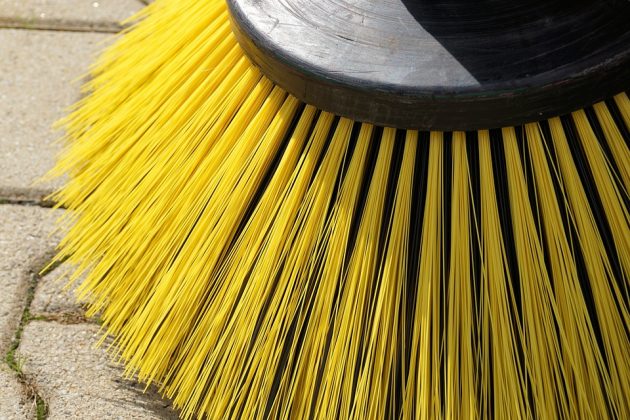 The picture described above is your typical 1950s woman living in America. Many things about the scenario would evolve and change over the years. The woman would eventually become independent and be able to get a job. These days, the cleaning duties are split, but everyone still has to clean their house. The way we think about the environment has also evolved.

People don’t mindlessly clean with products that contain environmental toxins. The cleaning products of the early days of modern America included chemicals and hazards that would make today’s eco-friendly consumers blush. People are now much more aware of the environment and the way in which their cleaning products contribute to harming it.

So, what exactly are green products? What makes them better than your average product? And how has the push for a green line of cleaning products morphed from a consumerist culture to a culture of awareness?

It doesn’t matter who you are. Cleaning is a chore that has to get done if you don’t want to live in filth. Many don’t enjoy it, and often have to cajole themselves into doing it because they put it off so much.

Originally, there weren’t a lot of products that were used to clean the home. It was an idea that sounded fantastic, but for the longest time, it was simply that – an idea that no one could put into action. However, in 1933, one of the first cleaning products was invented. Bearing the same name it possessed in 1933, Windex is one of the first cleaning products created in the modern world.

As society evolved and the wage began to rise, a sense of “normal” began to sweep the nation. You could say that it began in the 1950s. With World War 2 disrupting life all over the world in the 40s, the events that occurred threw everybody’s life out of whack. People who usually worked in factories and schools found themselves in the world of the military. Civilians became soldiers in a matter of days.

Women had to pick up the slack that was left by the men. Since women couldn’t serve in the military at the time, they took over the jobs stateside. They worked in the factories and performed all the jobs that men did. Once the war ended, society had to adjust to a new sense of normal.

Ushering in a New Era

The 1950’s saw a ton of soldiers coming home. The typical American was married and had a child. The stereotypes and clichés of white picket fences come straight from this time in American history. Some women took back the role of the housewife, but others continued working. Life changed. And so did the products consumers had available to them. Life was normal once again. And cleaning products were just a side effect of the new normal.

Products such as Windex tried to appeal to bored homemakers that were stuck in the house all day. And, like a lot of goods and ideas in the 1950s, we know they weren’t environmentally friendly. Health was understood differently back then. Even smoking was seen as good for you. No one gave a second thought about what went into the products that made their cabinets sparkle and shine. That didn’t happen until the 1970s.

The 1970s saw an important batch of events related to the environment occur. One of these was the creation of the Environmental Protection Agency. The EPA was created to maintain and enforce new standards that would help protect the environment. It took a few years for the EPA to gain a foothold and understand its place in the world, but it soon gained traction and began making impactful decisions. One of these decisions dealt with cleaning products and how to make them more eco-friendly.

As the 1980s and 1990s rolled around, the attention paid to keeping and maintaining a clean environment grew exponentially. By the early 1990s, there was even a cartoon called Captain Planet meant to show kids the importance of protecting the environment. People got the message loud and clear. Today, going green is a regular part of society. You’d be hard-pressed to find someone who doesn’t know about the push for environmental responsibility.

The Difference in Quality

The amount of green cleaning products available today is vast. However, it’s important to analyze exactly how these products are better than the average product. What makes them better? A lot of it deals with the absence of chemicals.

When companies came out with the first cleaning products, they contained massive amounts of harsh chemicals. Abrasive chemicals can be highly efficient cleaners, but they also have significant drawbacks. They can put people’s health and the health of the environment in danger.

Here is where the difference in quality comes into play.

With the push towards more eco-friendly cleaners, the chemicals used for all those years now seemed different. Instead of viewing them as fantastic ingredients that almost acted like magic to achieve the desired result of an excellent clean, the cleaners became regarded with hostility. Sure, the chemicals got the job done. But at what cost? Determining health is more important, the cleaning product companies began using less of these chemicals and replacing them with ingredients that were better for the environment.

The push affected many different areas in the products themselves. One of the things people realized was that they could create these cleaning products with no chemicals whatsoever. Instead of reducing chemical usage, some companies wiped out the use of chemicals entirely. Along with this idea, another brilliant way to push towards green cleaning deals with fumes. Almost every cleaning product in the early days had fumes and scents. These fumes could be bothersome and downright deadly if not handled properly. So, the EPA made a push to eliminate the odors and fumes that could be dangerous to people.

Along with this push, which began in the 1960’s and 1970’s, the 1990’s has seen a rise in the prevalence of these green cleaning products. For instance, in just a four-year span, the sales of green-friendly cleaners rose from $303 million to a whopping $640 million in 2011. That’s a massive increase in such a short amount of time. One of the factors in this rise of eco-friendly cleaning products is the spread of information. The Internet gives you wonderful and horrible information. The common tie between these two types of information is that they’re both plentiful. Access to the Internet is so easy today, and people have a general knowledge of how bad some of these chemicals used can be.

Another factor deals with air quality. Using the older products, air quality suffered tremendously. They released a compound known as “Volatile Organic Compounds” that ended up damaging your body. If products are truly green and eco-friendly, you needn’t worry about this threat.

Other Green Changes in the Cleaning Industry

The cleaning realm doesn’t just include things like Windex. Vacuums are a significant part of the cleaning market. One of the things that get associated with vacuums is allergies. To mitigate this, vacuum companies created allergy-free fibers and dusters.

Recycling is a central part of the eco-friendly movement. Cleaning companies know this and considered it when thinking about how their products could be greener. The packaging the products come in was often composed of non-recyclable material. So, to squash any naysayers, the companies began producing recyclable packaging. This turned out to be a great move, as the companies could put another feather in their eco-friendly hat.

Cleaning companies also focused on how they made their products. Waste management became a big deal in the 1970s. The newly formed EPA took issue with many of the practices companies had regarding waste, which often damaged the environment. The cleaning companies responded and changed their practices at these facilities to comply with the newly set standards.

The greening of cleaning products and corporations was the result of many people’s hard work. The environmental push from the EPA helped by creating practices that are almost standard in today’s world. It’s hard to find products that are blatantly full of chemicals.

The rise of green cleaning impacted everyone. It’s made homes and the world as a whole a much safer and much cleaner place. What started in the 1950s as some companies trying to clean up their products ended up affecting the entire planet. It just goes to show how a relatively small change can grow into a massive movement that creates a better world.