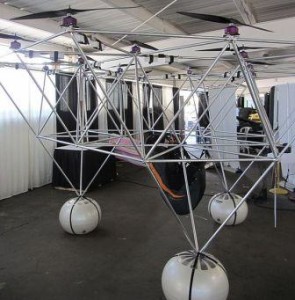 Germany’s aviation company e- Volo successfully tested the first helicopter which is noiseless and emission-free. The helicopter is named- Volocopter.

The Volocopter is an environmentally friendly and emission-free private helicopter.

Volocopter, developed by the German company e-volo is a two seat prototype made earlier voyage in kalsruhe, Germany.

The volocopter uses eighteen electrically driven rotos propel instead of one combustion engine which is environmentally friendly and emission-free.

On its website, its description reads, “Through the use of its many propellers, the Volocopter can take off and land vertically like a helicopter. A considerable advantage, apart from the simple construction without complex mechanics, is the redundancy of drives. This enables the safe landing of the volocopter even if some drives fail.”

The parent company has also won the 2012 Lindbergh Prize for Innovation.