This article provides an introduction to geothermal energy, its basics and its uses in different ways. It is a resource of Mother Nature which has not yet been exploited to higher levels. This article deals with current usage of this form of energy in some walks of life including power generation, direct application etc.

What is geothermal energy?

Geothermal energy literally means heat energy from the earth. It is a clean and renewable source of energy. It can theoretically never get exhausted. It is used for providing energy in many parts of the globe like United States and Iceland etc. Though the hot springs are the first places where geothermal energy is extracted primarily, the heat of the earth is found everywhere. And we are slowly progressing towards the goal of tapping this source of energy. Geothermal energy is said to be renewable because the heat emitted from the centre of the earth is infinite. The heat emitted from the earth is said to be 42 million megawatts of power and is expected to remain so for thousands of years to come, hence ensuring an inexhaustible source of energy.

A geothermal system requires heat, permeability and water. The heat under the earth flows from bottom to top, heating the rocks and water, sometimes to temperatures as high as 700C. When the water is heated, it forms hot water or steam which is trapped by the rocks and it can lead to the formation of a geothermal reservoir. Some of this hot water manifests itself into a hot water geyser. But most of the water remains trapped inside in the porous rocks or inside the cracks.

Geo-thermally heated water under pressure is separated in a surface vessel into steam and hot water. The steam is delivered to the turbine, and the turbine powers a generator. The liquid is injected back into the reservoir.

Steam produced in the geothermal reservoir is directly used for the running of the turbine and no separation is required. The image shown below is a more simplified of the same.

Recent advances in geothermal technology have made possible the economic production of electricity from geothermal resources lower than 150°C. Known as binary geothermal plants, these facilities reduce the geothermal energy’s already low emission rate to zero. The geothermal water called fluid heats other liquid, such as isobutane or other organic fluids which boils at a lower temperature than water. These two liquids are kept completely separate through the use of a heat exchanger, which transfers the heat energy from the geothermal water to the working fluid. The secondary fluid expands into gaseous vapour. The force of the expanding vapour, like steam, turns the turbines that power the generators. All of the produced geothermal water is injected back into the reservoir.

This type of plant is used to take advantage of both technologies and has been used effectively in producing energy.

The heat generated geo-thermally can be used directly without the use of a power plant or a heat generator for a variety of purposes such as heating or cooling of living spaces, agriculture, hot baths, aquaculture and various other industrial purposes. The use of geothermal heat for hot bath dates back to the ancient Roman times. In USA there are about 470 MW installations of geothermal heating devices, which is sufficient to power more than 40000 homes.

Romans used geothermally heated water for treating diseases of the eye and the skin. The first known spa was opened in Belgium in the 14th century. People in Tuscany, Italy are known to have grown vegetables during winter months from fields heated by natural steams.

Animals burrow underneath the surface of the earth during winter for warmth and also during summer to escape from the heat. The same principle is made use of in the GHP. They take advantage of the earth’s relatively constant temperature at up to about 300 feet. They can be used anywhere on the surface of the earth. GHPs supply water or other liquids through pipes either horizontally or vertically in a landscaped area or any area around the building. This type of heating is considered to be one of the most effective and environment friendly ways.

Geothermal energy supplies more than 11000MW of power to more than twenty five counties around the world. The United States is the largest producer of geothermal power, followed by Philippines. Philippines, in fact produces 23% of its total power needs from geothermal sources. Geothermal power helps to produce a clean power source, with zero emissions and therefore raising the quality of life, especially in the developing nations.

Iceland is considered to be the major success story of geothermal energy. The country’s total power requirement is powered by renewable sources and geothermal power contributes to 17% of the same and also 87% of the heat requirements. The geothermal production has already crossed the 3000 GWh mark.

More than 40 countries including India, Canada and a lot more have been identified for the generation of power from geothermal sources.

The above image shows the heat flow temperature in the USA. As indicated the temperature is always above boiling, almost everywhere.

Geothermal energy is renewable and is one of the cleanest sources of energy on the planet. Earth’s heat is inexhaustible and the rainwater and snowmelts continue to fill the aquifers. Heat has been radiating for billions of years and is expected to continue for billions of years in the future also. Unlike fossil fuel power plants, no toxic fuel is emitted into the atmosphere, making geothermal power plants most environmentally friendly.

Thus geothermal energy provides a clean and sustainable source of power, heat and many other applications. And if used properly it can prove to be a valuable resource of mother nature. 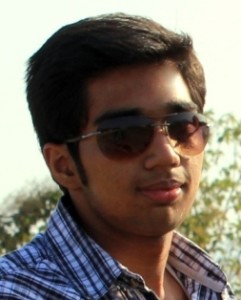 Author’s Bio- Vignesh Jairaj is a student pursuing his Bachelor’s degree in engineering in the field of Electrical and Electronic Engineering at SASTRA University. He has always had a fascination about renewable energies and its applications for the common man. He not only has an interest in renewable energy, but also in nuclear science and radiation, power transmission, automobiles etc. He hails from the city of Coimbatore, in the state of Tamil Nadu. Contact him at vigneshjairaj(at)gmail(dot)com

The information, facts and figures, images etc in the article are taken from various sources from the internet. It is a review of pre discovered facts and it does not include any new findings or research work.