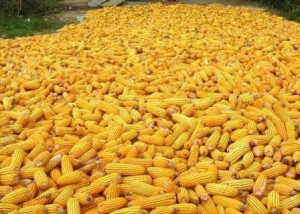 The use of crop residues to manufacture ethanol for consumption as fuel may actually be more harmful than an efficient way to fight climate change. The practise actually reduces soil carbon and can result in more greenhouse gases than gasoline.

The research by University of Nebraska-Lincoln was published in journal Nature Climate Change.

This casts serious doubts on whether such tactics can help mitigate climate change. Corn residues and other biofuels were long thought to be the method to curb reliance on traditional fossil fuels and help towards fighting climate change.

The research team that was led by assistant professor Adam Liska made use of a supercomputer model at UNL’s Holland Computing Center. The effect of residue removal on 128 million acres across 12 Corn Belt states was estimated. Results were surprising in that removing crop residue from cornfields generated an additional 50 to 70 grams of carbon dioxide per megajoule of biofuel energy produced.

More significantly, the rate of emission remains the same, whether small amount of stover is removed or nearly all of it is stripped.

“If less residue is removed, there is less decrease in soil carbon, but it results in a smaller biofuel energy yield,” Liska said.

To mitigate increased carbon dioxide emissions and reduced soil carbon, the study suggests planting cover crops to fix more carbon in the soil. Cellulosic ethanol producers also could turn to alternative feedstocks, such as perennial grasses or wood residue, or export electricity from biofuel production facilities to offset emissions from coal-fueled power plants. Another possible alternative is to develop more fuel-efficient automobiles and significantly reduce the nation’s demand for fuel, as required by the 2012 CAFE standards.

“If this research is accurate, and nearly all evidence suggests so, then it should be known sooner rather than later, as it will be shown by others to be true regardless,” he said. “Many others have come close recently to accurately quantifying this emission.”