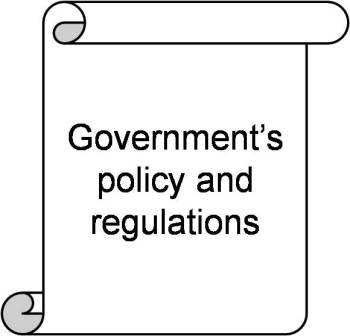 REC and RPO regulations: Government of India being signatory to Kyoto Protocol is emphasizing on energy efficiency and increasing use of renewable energy in carbon mitigation. To push the increasing use of renewable energy, Government of India introduced Renewable Purchase Obligations (RPO) under the Electricity Act -2003. RPO is applicable to the consumer which consumes energy from fossil fuel based source. As per the RPO regulations, such consumers shall have certain percentage of its energy from renewable energy source. The percentage of RPO is decided by the Central Electricity Regulatory Commissions and Electricity Regulatory Commissions of respective states.

Either they can generate renewable power or can buy Renewable Energy Certificates (REC). REC is the green component of energy generated by renewable energy source. Similar like carbon trading, scheme, RECs can also be bought or sold from the energy exchanges of India.  These credits can be used to comply with the Renewable Purchase Obligations of the obligated entities. For measurement purpose, one REC is equivalent to 1000 units of renewable electricity.

Carbon Tax: Another recent domestic regulation in India is carbon tax. To prevent over use of high carbon intensive fuels; in 2010, Government of India had set up a policy on carbon tax. Under the carbon tax regulations, government of India is levying Rs. 50 for each metric ton of coal (domestic and imported) used in India. Carbon tax can be called as a tax on carbon or an environmental tax that is mostly levied on carbon content of the fuel. The fundamental concept behind carbon tax is to prevent the over use of fossil fuels and limit its use to a certain level.  Money collected from carbon tax will help to create National Clean Energy Fund for financing research and innovative clean energy technologies in the country. Heavy industries like Power, Steel and others are the most vulnerable sectors for the carbon tax. Read more on Carbon tax.