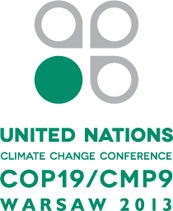 COP 19 was hosted by Poland at Warsaw. As an environmentalist or perhaps anyone who has been following environment over the past few years would realise that the overt enthusiasm on climate change issues has developed into casual lip service and finally in today’s world, the entire climate change debate has reduced to an exercise in profit making. No wonder the climate change conferences have witnessed walkouts and impressive rhetoric but very little concrete action.

The Like-Minded Developing Countries (LMDG) such as Venezuela, Saudi Arabia, Bolivia, Malaysia, China, India, Cuba, Nicaragua, Ecuador and Thailand wished to have strict separation between developed and developing countries responsibility in tackling climate change and a return to the principle of common but differentiated responsibility.

The developed nations on the other hand argue that China and India are growing so fast that by 2020 the countries greenhouse gas emissions will be lot higher than the world’s and therefore they need to shoulder responsibility.

But Developed countries are masters and very skilled at passing responsibility (they have been doing it for years) and besides even China and India would also have to bear responsibility as their GDP is not low so the issue died.

REDD+ negotiations have been ongoing since 2005, and finally at this COP, the participating nations agreed for REDD+ mechanism. UK, Norway and USA have already allocated $US280 million to a World Bank-led fund operating REDD projects.

India reiterated a return to CBDR (Common but Differentiated Responsibility). It called for allowing greater flexibility for developing countries to choose how they wish to combat climate change. India also slammed the practise of rich nations (indirectly pointing at USA) to treat global warming issues with a business perspective for providing markets to their MNCs.

India reiterated that developing nations are not as evasive as rich nations try to portray them.

Schemes under the National Action Plan on Climate Change (NAPCC) such as Renewable Energy Certificates (REC), National Mission on Enhance Energy Efficiency and Perform Achieve and Trade (PAT) are standing testimony to India’s commitment towards fighting climate change. India has also made a voluntary commitment (voluntary mind you, US, Canada etc should take note) to reduce emissions intensity of GDP by 20 to 25% by 2020 (compared with 2005 level.)

India also pointed out that simply creating institutional arrangements like Green Climate Fund does not help because there are no clear guidelines as to how the rich nations will cough up the required amount.

India also wants HFC to be covered under UNFCCC so developing countries have ample time to adjust while richer nations want it to be covered under Montreal protocol. And this is not because suddenly USA’s conscience is poking it but simply because it would mean more market for their MNC firms (in short US firms get richer and India, China have to purchase expensive technology from them.)

The conference saw staged walkouts by more than 800 NGOs because developed countries are reducing climate conferences to sham and corporate interests are getting preference over climate change issues. But are the responsible nations ashamed? I don’t think so.