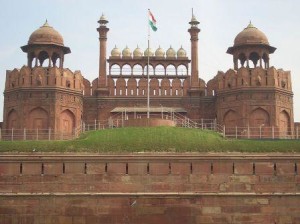 Delhi has earned another title it could do without- that of being the most polluted in the world. The report published after similar claims were made of Beijing, India’s rival neighbour but the centre has denied that Delhi is the most polluted. Read our article entitled ‘Air pollution in Beijing 25 times above the WHO safe mark‘ published in last week.

As per the Ministry of Earth Sciences, Delhi’s particulate matter 2.5 pollution levels never crossed 350 microgram per cubic metre (m/cum) as compared to Beijing, which recorded much higher at 500 microgram and also up to 650 microgram.

Interestingly, the WHO parameters lay down PM2.5 at 10 m/cum as safe but India’s safety mark is 60 microgram.

However, a study by Yale University pointed out non-transparency in the data from Delhi which is first submitted to scientists scrutiny instead of being released directly. On the Environmental Performance Index conducted by the research centres at Yale and Columbia Universities, India was placed at the bottom.