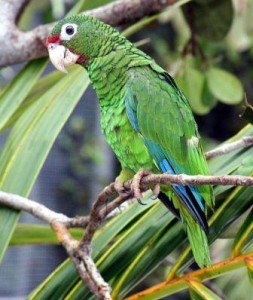 Researchers working in the Rio Abajo Nature Preserve in western Puerto Rico, on 15 August 2013, revealed that one of the most endangered bird species of the world, Puerto Rican parrot, made a comeback in the Puerto Rico territory of the US.

The researchers revealed that there were 400 parrots in captivity as well as over 100 tracked in the forests across the island. Earlier, the population of these parrots dropped down to merely 13. The counting took place under the Rio Abajo parrot reintroduction program.

The researchers found the wild nest with the eggs of Puerto Rican parrot, the first discovery of this kind in 42 years. Though the eggs did not hatch, but it was nothing unusual and it indicated that the captive parrots were procreating in the wild and building nests.

It is important to note that the Puerto Rican parrot is the only remaining native parrot as well as one of the 30 species of Amazon parrots that are found in America.

In the year 2013, record 51 baby Puerto Rican parrots were born in the captivity in Rio Abajo forest. Earlier, in the year 2011, there was a record of 34 new born Puerto Rican parrots. The goal of the researchers is to release these parrots in the forests with attached temporary radio collars. However, some of these parrots are either very weak or very aggressive, which is why they are kept in the captivity.

It is important to note that according to the scientists; around 1 million Puerto Rican parrots lived in pre-colonial times. Due to the destruction of their natural habitat in late 1800s, the number of these parrots declined considerably. The habitat was destroyed because of clearing of the forests in the 1800s for the purpose of plantation of sugarcane, coffee and citrus.

By the 1950s, there were merely 200 parrots left in the forest and in 1975, this number reached to record low, i.e., just 13. It is worth noticing that very few species of the world have reached so close to extinction.

It was in the year 1989 that the number of Puerto Rican parrots grew to around 50. However, the Hurricane Hugo killed half of these parrots again and thus the second reserve was created in order to make them less vulnerable. The third reserve is under plan in the Western Puerto Rico.