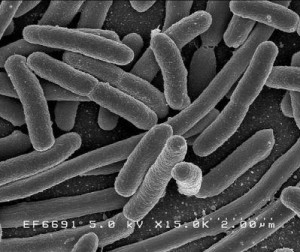 A team of scientists which also includes L Mahadevan of Indian origin, have invented a new power generator that can produce electricity by using bacteria-coated rubber.

As per the research conducted at the Wyss Institute of Biologically Inspired Engineering at Harvard University, the electrical generator uses bacterial spores to harness the untapped power of evaporating water, Its developers foresee electrical generators driven by changes in humidity from Sun-warmed ponds and harbours.

The prototype generators work by harnessing the movement of a sheet of rubber coated on one side with spores. The sheet bends when it dries out, much as a pine cone opens as it dries or a freshly fallen leaf curls, and then straightens when humidity rises.

Such bending back and forth means that spore-coated sheets or tiny planks can act as actuators that drive movement, and that movement can be harvested to generate electricity.

“If this technology is developed fully, it has a very promising endgame,” said Ozgur Sahin, who led the study.

“Since changing moisture levels deform these spores, it followed that devices containing these materials should be able to move in response to changing humidity levels,” Mahadevan said.

“Solar and wind energy fluctuate dramatically when the sun doesn’t shine or the wind doesn’t blow, and we have no good way of storing enough of it to supply the grid for long,” said Don Ingber, M.D., Ph.D, Director of Wyss Institute Founding.

If changes in humidity could be harnessed to generate electricity night and day using a scaled up version of this new generator, it could provide the world with a desperately needed new source of renewable energy.