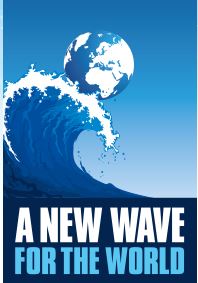 As per reports, participants at the Global Oceans Action Summit impressed upon the need for urgent action on a global scale to tackle overfishing, climate change and pollution of the oceans.

The Summit was organised by the Dutch government in collaboration with the FAO, the World Bank and the governments of Grenada, Indonesia, Mauritius, Norway and the US. The joint statement read, “We have the solutions for sustainable fisheries and blue growth in our own hands and now it is a matter of putting this into action on a global scale, and this action starts today.”

“This summit has presented the way forward for a new type of growth, blue growth which is sustainable, equitable and takes the value of the ocean’s ecosystem services into account,” World Bank representative Valerie Hickey stated.

Ten cross-boundary partnerships were also announced between nations and businesses. Leaders reaffirmed their commitment to stop overfishing and to eliminate overcapacity, that subsidies should be used for sustainable fisheries only, that illegal fisheries must be banned and that regional agreements are needed with businesses to achieve this.

The following partnerships were announced-

The delegates also agreed to accelerate the ratification of agreed mechanisms for improved fisheries practices, that the impact of climate change on the oceans should be recognised and that the oceans must be a special focus in the United Nations Sustainability Objectives.

“This week the world didn’t just show courage,” she said. “It showed especially that it’s ready for action to tackle overfishing, climate change and pollution. That is exactly what the world needs right now, as only then will fish and healthy oceans still be able to provide for hundreds of millions of people after 2030,” said Sharon Dijksma, the Dutch state secretary for economic affairs and chair of the summit.