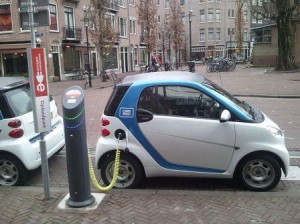 As per a new pioneer study by scientists at the U.S. Department of Energy’s Lawrence Berkeley National Laboratory (Berkeley Lab), that used real-world driving conditions, it was found that hybrid cars are much more fuel-efficient in India and China than they are in the United States.

Urban cities both in India and China are characterised by heavy traffic that often leads to long jams and congestion on roads. However, this is what makes them good cities for saving fuel by using hybrid vehicles that use combination of electricity and traditional fossil fuels.

“Currently greenhouse gas emissions from the transportation sector in India and China are a smaller piece of the pie compared with other sectors,” said lead researcher Anand Gopal. “But vehicle ownership is going to skyrocket in these countries. That is why we decided to focus on this area. Hybrid and electric vehicles can significantly reduce carbon emissions and other pollutants.”

“With the official fuel economy test procedure currently used in India, fuel savings for hybrids are fairly grossly underestimated, showing only a 29 percent savings over conventional vehicles,” Gopal said. “The test cycle is not representative of driving conditions in India, so that’s sending the wrong signal to the consumer.”

Gopal, working with Berkeley Lab scientists Samveg Saxena and Amol Phadke, used a powertrain simulation model called Autonomie to create a hypothetical hybridized version of the top-selling conventional car in each country—in 11 Chinese cities, it was the Buick Excelle and in Indian cities of New Delhi and Pune, the Maruti Alto.

The findings revealed that using a hybrid would result in fuel savings of about 47 to 48 percent over a conventional car in India and about 53 to 55 percent in China.

“One is regenerative braking, another is being able to turn off the engine when the car is stopped or in low-power condition, and another is that the hybrid system—the electric motor, the batteries—enable the engine to operate at a higher efficiency operating condition,” Saxena explained. “We weighed the importance of these three mechanisms against each other for the Indian vehicles, and found that the ability to increase engine efficiency was the most important reason, second was regenerative braking, then engine shutdown.”

Indian government is already working with the Berkeley Lab researchers to further analyze and incorporate the results of these findings. India is a member country of the Electric Vehicles Initiative (EVI) of the Clean Energy Ministerial, a global forum of governments focused on accelerating the transition to clean energy technologies.