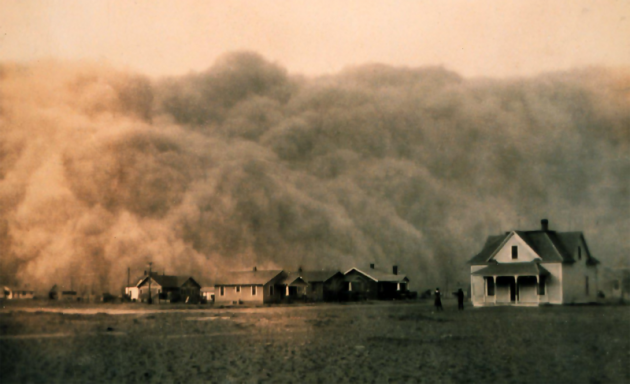 Could Climate Change be the guilty party behind India’s Dust Storms?

The current awful climate has been caused by the blend of a north-south trough (a low-weight framework) at exhibit extending from northwest Rajasthan to Maharashtra and a cyclonic course that is presently finished West Bengal, as indicated by the India Meteorological Department (IMD).

From 2 to 3 May 2018, high-speed tempests wrecked havoc over parts of North India and resulted in deaths of 110 individuals and harmed more than 200. In Uttar Pradesh, 43 deaths were reported and no 30 people died elsewhere in the state. In neighboring Rajasthan, 35 individuals suffered casualties and more than 200 were harmed after strong storms brought down many trees. Such dust storms are normal in the district; however, this year because of rise in temperatures due to climate change, these storms have been fiercer than ever before.

Climate change is prompting an ascent in worldwide temperature. In January this year, a report by NASA said the worldwide surface temperature of the Earth in 2017 was the second-hottest in written history since 1880.

The pattern is proceeding. As indicated by the United States government’s National Oceanic and Atmospheric Administration, the worldwide temperature in January of 2018 was the fifth-most highest for that month since 1880.

In India, the IMD says a worldwide temperature alteration could build the recurrence of dust storms like those that hit the north of the nation on May second.

Shielding Yourself from Dust Storms: