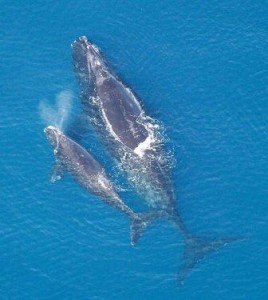 The Japanese whaling program is known as JARPA II and has attracted controversy for environmentalists feel that it is just a cover up for hunting whales. The program has continued since 2005 and is largely conducted in the Antarctic Ocean. The main purpose of the program as per Japan’s viewpoint is scientific research.

Environmentalists however point out that more than 3000 whales have been killed since 2005 but hardly any noteworthy or cutting edge research has ever been published. The opponents feel that Japan is merely using research as an excuse to kill whales for commercial purposes. Moreover, in today’s technology rich world, other techniques are available for research that need not involve killing the animal in question. And whales frequently get washed ashore and these dead whales can be used for research. The practice has also been condemned by the International Whaling Commission which is the global intergovernmental body charged with the conservation of whales and the management of whaling. However, in spite of whale hunting since ages, no species is under threat. Read more on status of whales here.

1986: Japan agreed to an international agreement to stop/reduce whaling but it was not implemented.

2010: Australia filed a case in International Court of Justice (ICJ) to protest against the ‘unscientific’ Japanese whaling program.

2014 ICJ Verdict stated that since JARPA II does not fall under scientific research, therefore, it cannot be continued under International Whaling Commission Rules. JARPA II also violates the International Whaling Commission’s global moratorium on commercial hunting. The ICJ asked Japan to halt lethal methods for whale research and now Japan needs to produce fresh proposal in accordance with the verdict, if it wants to continue with the hunt.

All permits under JAPRA II revoked. Therefore, Japanese govt. had no option but to stop hunting whales this year.