Important Electric Vehicle News From Around the World

The Modi Govt. has decided to eliminate pollution by launching electric cars on the road by 2030. The responsibility to replace the petrol and diesel cars to electric cars is with the Energy efficiency Services Limited (EESL) but the project is facing some delays and has been postponed to March 2019 as the project has faced some issues like building more charging points infrastructure and generating public interest to buy such cars. 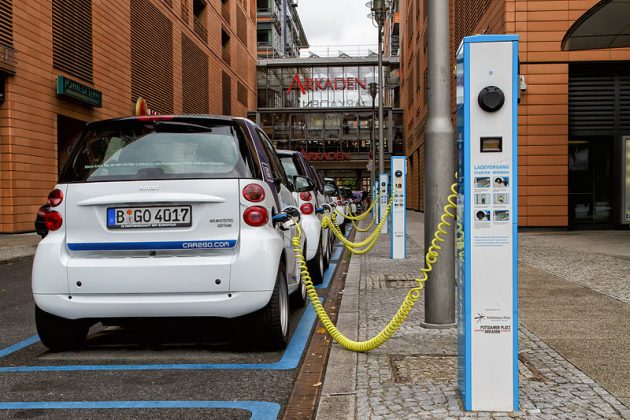 The sale of electric cars is increasing enormously. According to the survey and forecast of International Energy Agency, the sale of electric vehicles has reached 3 million by April 2017 and will reach 125 million by 2030. It is estimated that the numbers will increase by more than 220 million if the sale of these eco-friendly cars will continue to rise.

China has emerged as the top user of the electric cars as the sale of the EVhas surged in the country by 72% from 2016 to 2017. Other countries like France, Netherland, Japan, Sweden, Norway, and Britain are also in the pipeline who prefer to run electric cars on the roads.

The estimates shows that by 2030, the price of the fuel will upsurge speedily and the demand for the electric cars will hit the market at the high end.

The demand of the EV is increasing day by day across the world. Norway has emerged as an upcoming market for the EV’s. Hyundai Knova manufacterers a number of EVs in Norway. The cost of the Hyundai Knova EV 64kwh is going to be 325.900 kr which is $39852 in the exchange market that is closer to IONIQ.

The company decides to manufacture its own electric batteries to cut down the price. The decision will make the Hyundai KNOVA, the hot-selling Electric Vehicle in future. Hyundai will launch the 40 kWh EV cost $30,000 – $ at the end of the year. It will charge off  240V AC at 7.2 KW and gives 482 kilometers (WLTP) of range.

TATA Power wins the tender to make Maharashtra EV ready by 2018 along with the partnership of TATA motors. It has signed a memorandum of understanding with Maharashtra Government to shore up Maharashtra electric vehicle policy and use more electric cars.

Mitsubishi Outlander holds its position as a market leader in Britain by competing with other EV manufacturers in the country. It is the top-selling EV car in the UK since 2014. Since the day of establishment, the market of the Mitsubishi Outlander PHEV comes up with a hot-selling car as most of the households in the UK buy it. This is the best plug-in vehicle in the UK and still cutting the edges of excellence and competition.

However, during the first four months of this year the sale of the Mitsubishi Outlander PHEV is decreased by 8.8% but the overall sale of this Japanese brand increased by 12.1%  in what is good news for the company. From 2014, the company has managed to sell more than 36,800 cars in the UK.

Ryno Motors, the manufacturer of Brave and incredible electric vehicle has come up with the innovation of HF-1 which attracts the attention of the media and buyers. This V-shaped hydrofoil design with tilting seat is an electric hydrofoil watercraft. It gives the user a new and exciting experience. This is one wheel mini bike is highly maneuverable.

This imaginative idea is developed by Charles Bombardier with his design team in 2016. The total weight of the model is 160lbs and charges within 6 hours. It can carry 260lb rider easily. The user can easily remove and install the batteries of this mini bike.

GeoOrbital Wheel is the innovative technology to make every bike electric. The company makes the electric wheels (TRON motorcycles wheels).

These are the wheels that have the capacity to convert any standard bicycle wheel into powerful electric bike in just a few seconds. You need not install any tool and part, just wheel makes your bike an EV. The company manufactures wheels for the wheelchair, tricycle, drifting bikes, Ebike conversion, and etc. This is cheaper than buying the electric vehicle and very user-friendly. Within 60 seconds, you can convert the bike into the electric or powerful bike without replacing your favorite bike.

There is a new model manufactured by the Italian company Officine Riga ” the Sarota” which is a sporty E-bike built of CNC aluminum frame. The neatly hidden 48V 11.6 battery of the Sarota is installed in the lower portion of the bike which makes the bike comfortable and the user can handle it perfectly. According to the manufacturer, this bike can provide the capacity of 35 miles or 65 km.

The sale of the electric vehicle is growing day by day in the UK. The new models with new features are designed at cheaper rates than fuel vehicles. The countries like Norway, Japan, China, Hungary, etc. are hitting the market by selling a large number of electric cars.

The LeasePlan’s annual car index has released the list of the cheapest country for EV ownership. The UK stands at the fifth position in selling cheapest Electric vehicles to the buyers.

According to the data of SMMT, there is an increase in the sale of plug-in EV by 37% in April 2018 in comparison to the previous year. The cost of EV in the UK lies between 631-719 Euro that is cheaper than fuel cars.

India’s first electric Ather S340 scooter will be there on road from June 5, 2018. The E-scooter has been manufactured by Bangaluru based Ather energy.

This E-scooter will be the most expensive scooter in the country and will sell off at Rs. 1.1 lakh. Bengaluru will be the first city to get the E-scooter at first and after that the commercial production will start for the rest of the nation. The top speed of the scooter is 72kmph with one hour charging capacity.

Despite the continuous losses faced by the electric vehicle manufacturer company Telsa, the shareholder rejected a recent bid to strip off musk from the position of chairman and board of director. Musk holds 20% of the shares in the company so no shareholder is willing to bid against him.

Three of the director of the company remain on their position and nine new members were re-elected during the annual meeting of the company at California. Telsa is running out of balance as the majority of finance is being spent on technology and manufacturing plants. However, it has gained 1% in April but that is not quite enough.

Porsche, the world car maker giant company has announced the name of its first electric car named Taycan to give competition to the Telsa which is currently leading the EV world. Taycan is a Eurasian Name meaning “lively young horse”. The price is estimated at $80,000.

This is the fast, luxurious, and incredibly beautiful model of EV launched by Porsche. Taycan can give you 600 horsepower from 0 to 60 in just three seconds and can run over 300 miles in just a single recharge. Porsche estimates to double its production by 2022 and from the next year, the buyer will see it in the showrooms as well.

As per the push off by the Union Government, Hyderabad Govt. has decided to establish electric vehicle charging stations at 24 metro stations. The task of establishment of these charging station will be finished by three infra giant L&T, HMRL, and Power Grid Corporation of India.

The first station will be established at Miyapur metro station with three charging units. The Govt. extends the FAME scheme for next 6 months as the resources are still there to finalize and allocate. The scheme has given support to 99,000 EV since the launch. This is a new path for the smooth run of the EVs.

India is on the mission of eco-friendly cars and Kia wants to grab the opportunity by introducing the EV by 2021. Kia is the South Korean automaker plan to launch electric and hybrid cars in India.

The company has decided to establish its plant at Anantpur in Andhra Pradesh. According to the company officials, it will launch its first electric vehicle in India by 2021.

The company is already getting in touch with 125 suppliers to manufacture the EV and from October the company will hire 3000 employees. The plant of the company will spread over 23 million square feet and it is planning to invest USD 1.1 billion in this project.