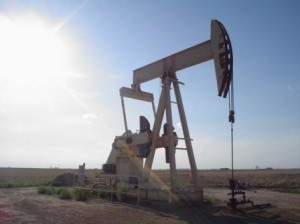 One month of the “Nationwide Mega Campaign” to conserve Petroleum Products which was launched by Petroleum Minister Dr Veerappa Moily on 1st Oct. 2013, has been marked by several important initiatives to obtain conservation of fuels in the country.

A unique initiative for the transport sector called Eco-driving has also been launched during this Mega Campaign under the joint co-operation of PCRA and ECCJ (Energy Conservation Centre of Japan). This Eco-driving programme is a significant step towards transforming the drivers of our major transport utilities into fuel conscious and efficient drivers. A team of Japanese experts is in Bengaluru to impart training to Driving instructors of major STUs through, On-Board monitoring equipments. Participants of this programme will further provide training to other drivers in their respective organizations.

Further, Petroleum Ministry has urged the Ministry of Power to notify ‘Fuel Economy norms for passenger cars within this year. In this regard, Petroleum Minister, Dr. M. Veerappa Moily will shortly convene a meeting of all stakeholders to discuss the modalities of developing and brining these norms into effect given the fact that countries like USA, China etc. have already announced ambitious targets in this regard and India should not get left behind in this race to achieve higher fuel efficiency for our vehicle fleets.

MoP & NG has requested the Ministry of Finance to review the duties levied on branded fuels to bring down the price differential so that consumers opt for branded fuels. This will help improve the fuel efficiency (by about 2%) resulting in reduction in overall demand for petroleum products. To enhance the fuel efficiency of new generation vehicles, specialized products (branded petrol and diesel) were launched by OMCs in line with global trends and in keeping with the technological advancement in the automobile industry. In 2009 Union Budget, new duties were introduced on branded fuels which raised the differential between unbranded and branded fuel. Due to this, sales of branded fuels have started sliding. In Sep. 2012, Government withdrew the subsidy support for branded fuels resulting in further downward slide.

The Ministry of Petroleum & Natural Gas and its associated PSUs have continued to religiously follow the practice of using only public transport on at least one day a week (every Wednesday) to highlight the need to adopt public transport, reduce fuel consumption by Government agencies and to enlist the support of the wider public in this campaign. The Karnataka State has also recently joined this effort by announcing “bus day” in Bangalore and it is hoped more and more States will also follow suit.

Through media campaign, PCRA has been releasing print advertisements with simple, implementable messages in National and Regional dailies. Popular TV channels have been engaged in relaying various spots centered at conservation theme. Large number of radio spots are also being transmitted at regular intervals towards conservation of petroleum products. Besides the above measures, dedicated website, digital cinema are being utilized to spread the conservation messages.

The Petroleum Ministry has already approached the Ministry of Urban Development with the offer of funding “free cycles scheme” in select cities through the Oil Companies in order to cut down on fuel consumption. The Petroleum Ministry will also be approaching Chief Ministers of all States with a similar offer so that cities which come forward with such schemes, can be provided resources by the Oil Companies to implement such projects.

Simultaneously, the third party impact assessment for the on-going mega campaign will be done for which the Agency has already been finalized. This will enable PCRA to make appropriate course corrections in respect of this mega campaign.

The Minister of Petroleum & Natural Gas, Dr. M. Veerappa Moily had launched a “Nationwide Mega Campaign” to conserve Petroleum Products w.e.f. 1st Oct. 2013. The Campaign was started in association with various Oil companies viz. IOCL, BPCL, HPCL, ONGC, GAIL and OIL with PCRA as the nodal agency to coordinate the “Nationwide Campaign”. The Mega Campaign kickstarted through a National Level Workshop on Transport Sector, on 1.10.13 attended by major stakeholders. This workshop deliberated in detail on policy initiatives, opportunities of fuel conservation in STUs, public and private transport sectors. Similar workshops were conducted at State Capitals Patna, Hyderabad and Mumbai more such events are planned at Kanpur, Chandigarh, Pune, Kolkata, etc.

The overall purpose of the conservation campaign is to reduce consumption of key petroleum products by minimizing wastage through simple fuel saving measures. This initiative of Ministry is a vital step towards Demand Side Management with an ambitious plan of up to 3% saving potential, equivalent to Approx. Rs.16,000 crores in one year. It is imperative to mention that consumer side behavioural changes due to adoption of fuel saving measures can modify the user habits as well as perception on permanent basis.