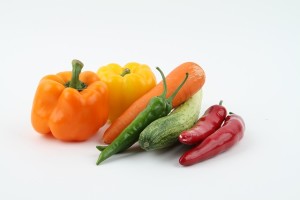 Rachel Carson in her famous book Silent Spring had adeptly said, “How could intelligent beings seek to control a few unwanted species by a method that contaminated the entire environment and brought the threat of disease and death even to their own kind?”

Agriculture dates back to ten thousand years. There has always been the problem of pests and diseases which would greatly reduce the crop productivity and inflict upon the people the wrath of famine. The first instances of the use of insecticides were by Sumerians, about 4500 years ago who used Sulphur compounds to combat mites and insects. Chinese too resorted to mercury and arsenic compounds to control body lice. The smoke produced by burning of straw, fish, chaff, hedge clippings was also used to repel insects and pests in farms and orchards due to its malodor. It was in the 1940s that chemical pesticides like DDT, BHC, Aldrin, etc. came into being and took the farmers by storm, who were greatly impressed by its activity and enhanced crop production but Rachel Carson in her book silent spring had very correctly pointed out that these chemicals were poison disguised as a boon.

Human nutritional needs are mostly met by fruits and vegetables, which provides us with vitamins, minerals and many other macro and micronutrients. India is an agrarian economy and ever since the green revolution, the uninhibited use of these pesticides has caused these chemicals to get into our food chain and bio-accumulated over the years, greatly hampering human health. Environmental Working group’s (EWG) Shopper’s Guide to Pesticide in Produce, ranked 48 popular fruits and vegetables of the 34,000 samples taken by the United States Department of Agriculture and Federal Food and Drug Administration that were pesticide contaminated. The EWG also stated that the pesticides persisted even on being washed and peeled. The list included apples, peaches, nectarines, strawberries, grapes, celery, spinach, sweet bell peppers, cucumbers, cherry tomatoes as the top 10 fruits and vegetables that had maximum pesticide residues in them.

Until 2006, approximately 203 pesticides had been registered for use in India. Pesticides can be classified in the following 3 ways- 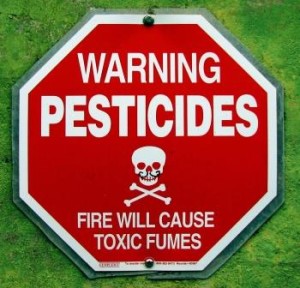 The trend of use and production of pesticide in India (4th largest agrochemical producer) differs with respect to the global pattern. There is a 75% use of insecticide in the country in contrast to 32% in the rest of the world while herbicide usage is only 12% in comparison to 47% of herbicide consumption globally. India is equipped with 4000 formulation units and 219 technical grade/manufacturing units and the annual pesticide production capacity of the country is more than 1,39,000 Metric Tonnes. According to the statistics available the pesticide consumption of the country has reduced from 75,000 Metric Tonnes (1991-1992) to 41,822 Metric Tonnes (2009-2010) and there are as on 01.08.10 about 1,41,040 sale or distribution points for pesticides in the country. Farmers in India are largely dependent on pesticides to improve their productivity by protecting their crops. Agriculture is very sensitive to climatic changes and also acts as a trigger for the same. Adjusting the management practices in order to achieve better harvest is a big challenge for the agricultural sector, especially while the Earth is facing a crisis due to climatic change leading to frequent droughts and floods. The probability of crop losses might increase in near future due to variations in precipitation and temperature patterns and hence dependency on pesticides is likely to increase. Pesticides are perilous for human and environmental health and hence alternatives need to be devised.

There are 67 such pesticides which are extensively used in India but are banned in the United States and European Union. For instance, Chlorpyriphos used against termites and borers is banned for domestic purposes in the United States as it is known to affect the nervous system and disrupts hormone system too. Endosulfan too is banned globally as it causes genetic disorders but is used in India. Epidemiologic studies have shown that though these pesticides are pre-tested but still the associated risk of carcenogenecity and neurotoxicity is too high.

According to a study, presence of BHC, HCB, DDT, aldrin, heptachlor, dieldrin and PCB’s was done. It was found that the concentration of these compounds (organochlorine chemicals) was much higher than maximum residue limits. The average daily intake of DDT and HCH was found to be 48 and 115µg/person respectively. The intake of dieldrin and aldrin too exceeded acceptable daily intake recommended by FAO/WHO. It was hence deemed necessary to have stringent rules and regulations and proper pesticides maximum residue limit.

The Maximum Residual Limit (MRL) for pesticide residues has been given under PFA Rules, 1955 (Rule 65) as follows-

Pesticides are supposed to kill harmful insects which negatively impact agriculture but they also end up damaging the intricate balance of the ecosystem. The world has witnessed a plunge in the number of honeybee with a drop of 30% per year (since 2006), bats too have become more susceptible due to their decreased immunity to White Nose Syndrome. A study by Dr. Tyrone Hayes found that there have been incidences of growth of ovaries within the testes of frogs owing to atrazine contamination. Pesticide exposure is also associated with cancer, neurological disorders, chronic respiratory diseases. The solution to this problem is yet to be devised but integrated pest management, bio-pesticides ( like Plant Incorporated-Protectants, sex pheromones, etc.) and undoubtedly organic food seems to be a promising alternative. To address the problem of pesticide residue in fruits and vegetables, the National Institute of Nutrition has come out with guidelines for the Indian household to eliminate pesticide residue contamination by following some simple steps-

It is said that prevention is better than cure. Chemical pesticides do enhance yield but it is only in the long term one gets to see the negative impacts of its usage. Earth has always had a solution for all that it ever created but not for the chemicals we discovered and put into use. These harmful chemicals are to be blamed for the increasing incidences of diseases and decreasing biodiversity and its elimination from our systems, by going natural is the only solution available.