Agricultural, military and industrial activities since long have contaminated the soil, surface and ground water around the world causing great stress to the ecosystem and the natural resources. It is important to get rid of these toxic chemicals for which different remediation methods are used.

Remediation using the conventional techniques, are expensive and also disturb the natural fragile ecosystem, it is hence important to resort to environmentally sustainable technologies. One such efficient new age technology is phytoremediation.

It is the use of living plants to remove and break down contaminants in soil, ground water, surface water and sludge. Plants accomplish the remediation process by converting the contaminants into being less harmful and storing it near the root zone or in the stems, leaves, etc. these contaminants are often broken down by the microbes in the soil and are also released into the air by conversion into vapours rendering the soil free of toxins.

Plants also effectively slow down the movement of contaminated groundwater to the clean site by means of hydraulic control, riparian corridors and buffer strips. Tetrachloroethylene used as solvents in dry cleaning and as an ingredient in inks, paints and disinfectants exist at the bottom of the aquifer and are known to cause neural, kidney and dermatological problems in animals and increase the risk of cancer too.

In a case study that dealt with remediating tetrachloroethylene from groundwater using Populus tree, it was found as a viable option for cleansing the groundwater off the tetrachloroethylene contamination. Populus tree was selected for the purpose due to its high pumping capacity, high rates of transpiration and ability to cross breed causing hybridization. Lead and chromium in 6+ contamination of the soil may also be effectively dealt with by means of phytoremediation and phytostabilization thus inactivating the metals in the soil.

Water hyacinths were used as effective means to remove arsenic from water supplies in Bangladesh and radioactive strontium and cesium were removed from Chernobyl site using sunflower as success stories of phytoremediation. 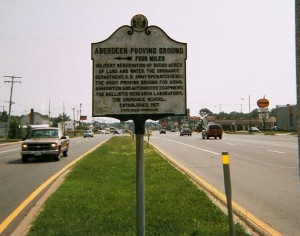 Phytoremediation is being increasingly used, for example it has been employed in cleaning up of the contaminated groundwater site at Aberdeen Proving Ground in Maryland near a disposal site. This site was heavily contaminated due to the burning and disposal of warfare and industrial chemicals since 1940 through the 1970s. It was in 1996 that 183 poplar trees were planted to cater to the hovering problem of groundwater contamination. The trees were not only found to degrade the chemicals but also kept the plumes from moving to the clean areas. It was estimated by EPA that the contaminant concentration in the ground water would decrease by up to 85% within 30 years of the start of the project and hence would be fit for use in the near future.

Phytoremediation is a long and time consuming process, depends on climatic condition and may also affect the food chain on consumption of contaminant plant tissues yet seems to be a viable option in today’s world for various reasons. Phytoremediation is a method that improves the aesthetic value of the contaminated site and at the same time offers its services of cleansing the site. It also increases the soil stability and improves the ambient air quality, moreover the cost incurred for phytoremediation treatment is considerably low and doesn’t require huge and heavy equipments and can be carried out either at the site of contamination or at some other place under regulated conditions. Plants have always helped in providing solutions to the problems devised by humans and this new era technique seems like a knight in the shining armor which might save the earth by cleansing it off the dangerous contaminants.