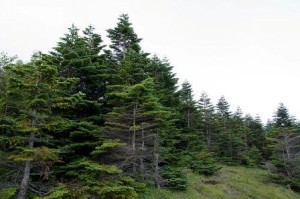 Green vegetation cover is beneficial in many ways leading to conservation of biodiversity, retention of soil moisture, recharge of ground water and maintaining pleasant micro climate of the region. In addition, vegetation cover can also absorb pollutants from the environment and helps in effective pollution control.

Green belts are planned open spaces safeguarded from developmental activities such as construction of buildings, factories, dams, etc. Safeguarded in the sense that no infrastructural development will be allowed on such designated areas and these areas will only be used for growing vegetation cover on it. Green belts in and around urban and industrial areas are important to the ecological health of any given region. Know more about Green belts and its importance from here.

In history, there are very few records of green belts. One of the important examples is of Queen Elizabeth I of England. She had banned new buildings in a three mile wide belt around the City of London in 1580 [Reference: Halliday, Stephen (2004). Underground to Everywhere. Sutton Publishing Limited. p. 118]. In very recent time, the green belt policy was pioneered in the United Kingdom in the 1930s.  Campaign to Protect Rural England (CPRE) and various other organizations have helped to spread awareness about Green belts in United Kingdom (Reference).

The objective of Green belt varies from country to country and region to region. The common objectives are to protect natural environments such as biodiversity, etc, to improve air quality of the region, pollution control, to maintain micro climate of the region, etc. Green Belt Development is an important tool that aims at overall improvement in the environmental conditions of the region.

Are there any regulations or environmental law for Green Belts Development in India?

Environmental Guidelines for Industries developed by MoEF, suggest that the industries must care about the surrounding environment and minimize the adverse impacts of industrial operations in the immediate neighborhood as well as distant places. Therefore, these guidelines mandate project owners to maintain the certain distances by the industries from the areas like ecologically sensitive areas, Coastal areas, Flood Plain of the Riverine Systems, Transport/Communication System and Major settlements.

In addition, these guidelines also mandate that economic and social factors have to be recognized and assessed while citing industry.  Following are the key points that all industries need to follow while moving ahead with the establishment of manufacturing/processing unit in certain areas. These are;

Environment Management Plan (EMP) prepared by MoEF mandates that community buildings and townships should build 1-1.5 kilometer of greenbelt.  This is suggested to restrict air and noise pollution in the vicinity.

As per the National Forest Policy, 1988 (NFP), It is necessary to encourage the planting of trees alongside of roads, railway lines, rivers and streams and canals, and on other unutilized lands under State/corporate, institutional or private ownership. NFP give emphasis on the green belt development. It says – Green belts should be raised in urban/industrial areas as well as in arid tracts. Such a programme will help to check erosion and desertification as well as improve the microclimate (Reference).

As per the stipulations of MoEF, green belt is to be provided all around the power station boundary by planting trees and the total green area including landscaping area will be 1/3rd (About 33%) of the plant area. This will include Lay down area which will be later on converted into Green area. (Report on the land requirement of thermal power stations by CEA)

In India, there is no exclusive green belt regulation/policy. However, under the purview of other regulations such as Environmental Guidelines for Industries, Environment Management Plan, National Forest Policy, Forest Conservation Act, etc; certain percentage of land designated for green belts is recommended for different categories of industrial projects. Expansion of agricultural, urban and industrial activities are causing additional burden on natural resources. Industrial development is causing severe health hazards due the exceeded level of pollution. Green belt  not only restrict environmental pollution but it helps to maintain the ecological balance of the region.