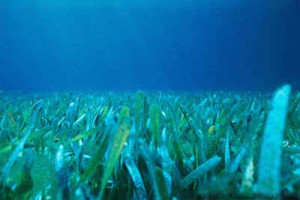 Scientists from the University of Technology, Sydney (UTS) explained that seagrass can play a crucial role in fighting against the climate change because the plant is 35 times better in locking the carbon than the rainforests.

It is important to note that seagrass meadows used to wrap the coastline of Australia at some point of time. The seagrass also served as food for turtles and dugongs, habitat for the fish to breed as well as various other ecosystem services like sediment stabilisation and nutrient recycling.

Dr Peter Macreadie of University of Technology, Sydney explained that the atmospheric carbon dioxide levels reached sky high and so they hurt the ecological life support systems. Seagrass can play a vital role in reversing the warming trend of Earth. He also explained that in case the amount of carbon dioxide in atmosphere reach 450 parts per million, then there will only be 50 percent chance for human beings to avoid drought, widespread species extinction as well as famine.

Seagrass helps by capturing and storing the carbon by the process of photosynthesis. Seagrass also traps the particles in the water column. This ability of seagrass to absorb carbon dioxide is estimated to be somewhere around 45 billion US dollar, based on the present carbon price of around 23 US dollar per tonne. This is the consecutive estimate on the basis of just one seagrass species- Posidonia australis.

This is the reason why it is important to protect the seagrass meadows across the world. Seagrass is under threat because of nutrient runoff as well as coastal development. New South Wales alone lost 50 percent of the seagrass, which can cause repercussions for the climate. The danger of destroying seagrass comes in the form of less carbon pull-out from the atmosphere.