Developing property is complicated businesses on whatever scale you’re trying to do it on. There is planning permission, extensive budgeting and, if you’re trying to do it for your own home, a lot of time you need to create from nothing. But that isn’t where the red tape stops. There are situations, especially when trying to develop old and rural homes, when local councils can request that you provide additional survey information before they will give you permission.

These surveys are pretty standard in the areas they’re most commonly enforced, yet can still take people by surprise if they’re not made aware of them before they buy the property. Here are some of those surveys and ecology reports that can come as a shock if you’re not sure what they are.

These are a big one for rural homes. Bats love the warmer temperature of homes as opposed to caves, woodland and other natural habitats, but new and urban homes are often too well-sealed for bats to easily use as a home, so they tend to stick to older houses. This means that trying to renovate an old home, or extending one can often but bats at risk.

The disturbance of bats is illegal throughout the UK, so councils will request a bat survey if they think there’s reasonable risk. 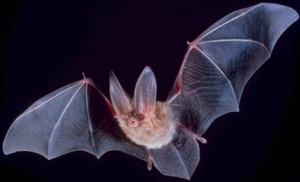 There are two stages to a bat survey and both of which aren’t always needed. After that, there is a license that can be given in certain situation. The first of these is an initial assessment, which looks for physical signs of a potential bat residence such as droppings and food. If this doesn’t show signs of bats, but surveyors think there could still be a chance of bats in the area, an emergence survey is required. This can only be done from May till September while bats are out of hibernation, and requires extensive observation of the targeted area.

If this is cleared, then you should be fine to go ahead with development, but if they do exist, an EPS license is required. Bat surveys tend to be the biggest surprise a council can put on someone wanting to develop their home, so it’s important to get the right people to do it. 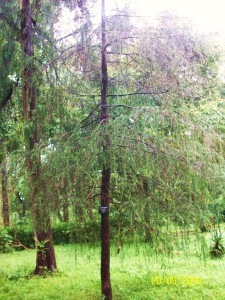 The BS5837 is the most common of these surveys. It looks at a number of things to do with trees, including health, size and potential growth. It’s the last one of those which is particularly prominent when it comes to developments, and it’s definitely for the good of the developer, as trees can be difficult to stop if they decide to grow into the foundations of your shiny new home.

Another common survey is an impact assessment, this looks at the adverse effect the house could have on good quality trees in the area. If you’re currently looking at the trees around where you want to build and are worried that they’re soon going to cause you a problem, Don’t worry too much as this survey only takes into account what the governing body considers to be ‘good quality trees.’

Dave R is a copywriter based in the North of England who takes a great interest in all things writing and legislation relating to ecological issues. Find him on Twitter @BloggyDaveR