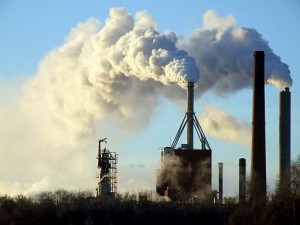 The US government which has a history of being non-committal on clean energy issues (US did not adopt the Kyoto Protocol) and did not adopt any binding GHG emission cuts in the past under the guise of unknown harms to its industry has finally bitten the bullet as it were and has moved forward with a historical initiative to cut emissions.

The new rule proposes curbs on carbon dioxide emissions for existing power plants. Power plants in the United States contributes one third of all the domestic greenhouse gas emissions. The new rule will bring down carbon emission from power sector.

The Environmental Protection Agency (EPA, the chief regulator in USA) has spelled out the proposal which calls for reduction of carbon emissions by 30% by 2030. This is over 2005 levels.

“Climate change, fueled by carbon pollution, supercharges risks to our health, our economy, and our way of life. EPA is delivering on a vital piece of President Obama’s Climate Action Plan by proposing a Clean Power Plan that will cut harmful carbon pollution from our largest source–power plants,” said EPA Administrator Gina McCarthy.

The summary of steps taken by EPA is given below; 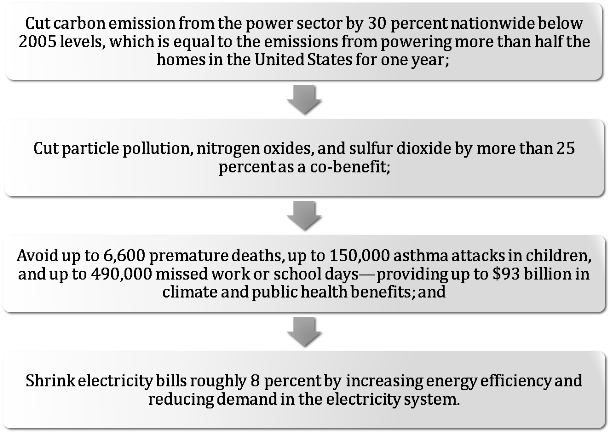 Not getting into the complex proposal, the reasoning is very simple. Power producers that pollute more will find themselves in a disadvantageous position while those that emit less or no carbon will get rewarded.

This comes as a strong signal to the world economy that the US is again ready to lead the world in the fight against climate change and not shy back of owning responsibility. US position in climate negotiations in the past had taken a strong beating over its continual insistence on asking developing economies like India and China to walk the tight rope while not initiating any curbs for its domestic industry. The move by USA of asking others to curb emissions before it placed restrictions on its industry were highly criticised around the world.

Majority of states in US would be dealing with such requirements for the first time and some room has been given to the states in forcing its implementation.

The rule will also help in addition to reduce particle pollution, nitrogen oxides, and sulphur dioxide by more than 25%.