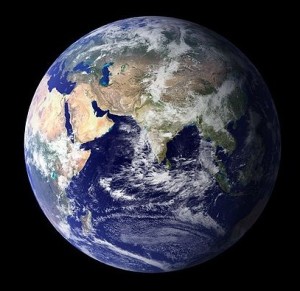 Seriously, climate change is not a myth. And it has been proven time and again! I suddenly remember the law of entropy which says every thermodynamic activity increases the entropy of the universe! In the same line, what we do causes an imbalance in nature. Predominantly, economic development and associated global competition to achieve the same have led us to such a catastrophe.

Most often, economic development is the usual target to be painted as the main culprit. Since the start of the civilization, ED has only been moving forward which only means there is no u-turn unless man stops striving for development in technology and overall living conditions. Here is the contradiction. Technology becomes more efficient with each step in advancement that in turn increase productivity on a time scale which further asks for/creates increased demand for the product leading to more advancement in the technology itself…and thus the cycle evolutes itself with expansion at every step. The question arises-what is the ideal state of carbon-neutral economy- there is no answer! Absolutely!

Matter cannot be created from energy whereas the converse holds true (E=mc2). If it was possible to convert energy into matter, there would not have been such issues as the fossil fuels and other natural resources could have been created from energy, so there would have been nothing lost from the nature making a perfect balance! Matter converted to energy and energy converted back to matter! A true perpetual situation!

Another option lies in the hands of nature. Nature revives itself in the intervals unknown to mankind. Should we wait for that instance which would eventually wipe out the civilization in its current form? Charles Darwin has already told us what would happen to us following such an event! We will change with regards to shape/size, mental/physical attributes in the wake of our struggle to exist and the fittest form would survive.

All we are trying and crying about is to remain what we are, to retain our own physical and mental features and strengths and more importantly what we have achieved in terms of everything (knowledge, technology etc.). There is nothing we can do to save earth or nature because the nature has far more resilience than us to adapt to new and changing conditions. Nature has its own course of revival and hence it still holds its position revolving around the sun and flourishing life for millions of years. If we can’t do anything to change ourselves, let us wait and watch no matter how long it takes! Hundreds of years/millions of years/billions of years…

Coming back to ED, we are the ultimate beneficiaries of this. It doesn’t exist on its own but it has enslaved us for ages for it has been thought as the only means and a measure for a healthy society and a wealthy nation. A new word was devised in the late 80s, called ‘sustainable development’ which meant balancing between need and greed. It was further followed by the evolution of two more words to justify both need and the greed. Weak sustainability was devised to justify the greed and strong sustainability favored exploitation of nature to meet the need. Through these, we have only been trying to justify our deeds rather than preventing degradation of our own nature.

Our climate has become so vulnerable, undoubtedly! So what is next for human race on this planet? Should we leave it or behave ourselves? If we decide to leave it, lets say desert it, where else we have got to go? Scientists are talking about going to Mars. A whole new thing. A whole new task, start from the scratch kind of! Mars may or may not support us but we can colonize the planet. Can’t we? Then we adapt! Mars, a good choice! It has got a special reference to Astrology as well. It doesn’t suit everyone, though. It is a good planet for us.  Let’s see what it brings to us…

However, the second option is more important and needs immediate attention. Although it is already too late yet we can still prolong a bit our time here on this planet. So lets’ behave ourselves. Now, should we or should we not is a question. The world seems more interested to change things around us rather than behaving ourselves. We simply do not want to move down the lifestyle ladder. How can we? It has taken centuries for us to reach where we are, to develop the lifestyle we are living, it has taken unthinkable pain and trouble to our brains and bodies to make innovations, develop new ideas, exploit nature and natural resources, to come out of barbarian age, to have gradually progressed towards civilization and develop so-called cultures. It is not easy to give up things we have been striving for and living with for ages. We simply cannot give it up. Can we? And who should we give it up for? For our kids, future human race, plants, and animals, weather and climate, the entire planet, the very own nature? Why? Who cares? Had we cared for anything else other than ourselves, we would not be facing this hostility from the nature itself. We, as humans have always believed in taking, exploiting, extracting whatever possible we can for ourselves. We have never even showed any interest in giving back anything to this planet. We didn’t care and now it does not care for us. It has been repeatedly asking us to behave ourselves from time and again. But are we listening to nature’s call? No, we are deaf. Being dumb would help, though.

I wish we could talk to oceans, rocks, mountains, plains, rivers, animals, birds, jungles, insects and pests. Because we do not want to understand hints we are constantly receiving. But probably it is natural. May be we are not the only intelligent beings in here. May be animals are thinking the same way we humans are that they are responsible for the change and the disrupting climate. May be they think they are more superior and intelligent than humans.  May be they are right in their own intellectual prerogative. May be plants too are thinking the same. They can think. Can’t they?   But we will not accept. That’s the trouble. We can’t ever accept that someone might be out there more intelligent and superior than us? Simply because it does not fit into our so called understanding, so called knowledge, we can’t accept it. We out rightly reject the very idea just because we do not understand it, we deny its very existence. For us, if we do not understand something, it does not exist for us. Stubbornness!! Our nature does not want to avenge any of our misdeeds. It simply can’t because it has so many other things to take care of. It has a vast, unimaginable family. It just can’t waste its energy focusing on only humans giving undue importance. Mother nature is too busy and too kind to take revenge on human beings. But it is teaching us lessons constantly. AND WE ARE IGNORING IT. Lest see how long we keep ignoring!! Until we get ourselves wiped out from the face of the planet. Good luck to us all!!

Let’s consider this and act. COPS after COPS since half a century has resulted in nothing. We are relying upon a few, just a few hundred people to think and act for billions of us. It is not right. We have to choose and act ourselves. We have to make very strong choices, let these people talk and do whatever in COPS and climate summits! How can we trust a few of us would make right decisions for all of us? We, as individuals, as communities and societies, should follow only one Dharma. Prakriti Dharma, the religion of nature. That’s the only way we have our chances. Like we have been pursuing and protecting our so called religions with utmost devotion and dedication, fighting for it every now and then since ages with the belief that it is protecting us, likewise, we have to devote ourselves to the eternal dharma of nature. Save the nature and it saves us. As Simple As That. 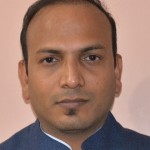 Jay C. Shiv is a professional in energy and environment sector. He has nearly 10 years of experience collectively in the area of renewable energy, energy efficient clean technologies, climate change, rural energy access, and environmental impact assessment. He is a professional with techno-managerial skills in the RE space with an in-depth understanding of various RE technologies, resources, potential and best practices for deployment of RE technologies.  He loves writing on various issues. For comments and feedback, he can be reached at jcshiv(at)gmail(dot)com