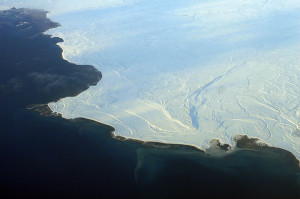 According to the World Meteorological Department report titled The Global Climate 2001-2010, A Decade of Climate Extremes, there were high incidences of climate extremes during this period. It is also the warmest decade ever.

The decade and the period from 2010 -2012 is by no means a quiet one as far as climate disasters were concerned. The Mozambique floods, Earthquakes in El Salvador, Afghanistan, Myanmar and Indonesia, Glacial movement in Russia, the massive destruction caused by the 2004 Tsunami, Hurricanes such as Katrina and Isabel, Cyclones such as Nilam, landslides in Philippines, floods in UK, the massive death toll unleashed by the Haitian earthquake, and closer home, floods and landslides most recently the flash floods in Uttarakhand.

“The decade was the warmest for both hemispheres and for both land and ocean surface temperatures.”1

Although research into whether these climate extremes are triggered by climate change or by natural variations is still in an infantile stage, a correlation does seem to occur. Sample this, according to the report of WMD, “Every year of the decade except 2008 was among the 10 warmest years on record. The warmest year ever recorded was 2010, with a temperature estimated at 0.54°C above the 14.0°C long term average of 1961-1990 base period, followed closely by 2005.”

Environmentalists have been sounding warning signals about the adverse impacts of climate change and environmental degradation for long but it has fallen on deaf years of governments that are hell bent on development without adequate safeguards. A classic case is Uttarakhand where the administration had opposed the Eco Sensitive Zone until last year. While a disaster of such magnitude is no time to point fingers, a lesson must be learnt by all states which should take adequate steps to ensure limited developmental activities in areas that are sensitive and can fall prey to such natural calamities. For any disaster, while economic losses are greater for developed countries, loss of lives is of a far greater magnitude in developing countries. Hence, it makes more sense for developing countries to be extra careful while planning and approving projects that can threaten sensitive areas for it is not adequately equipped to handle a disaster which if it happens will cause greater destruction and lead to more losses of human lives.

More than 200 million people were affected and lives lost during 2001 and 2010 in Asia Pacific region.2

“Jaan Hai to Jahaan Hai” is the age old saying. Development at the cost of putting human lives in danger does not make any sense. Such temporary economic gains are worthless keeping in mind the long term scenario.

The suddenness and the unpredictability with which such disasters take place have caught governments off guard and precious lives have been lost in the process. Since climate change is a long ranging phenomenon, there is no quick fix solution and unless a global deal can be mutually agreed upon, climate extremes possibility in future cannot be ruled out.