The 21st century has seen the most temperature records with 2014 being the hottest year on earth recorded. In recent years, it has become clear that our planet’s climate is changing and we have tried to combat this problem by inventing new technologies that generate greener energy.

Julie and Andrew, a couple from Idaho, United States, had the same goal when they first invented Solar roadways in 2006.

Thanks to a Youtube video that went viral titled ‘Solar FREAKIN’ Roadways’, their technology has gained a lot of attention and has become a flagship for energy efficiency in the last 10 years.

Recently, the first solar roadway for cars opened in Normandy, France and has sparked the debate about Julie and Andrew’s futuristic invention again.

But what exactly are solar roadways?

Solar roadways are, as the name suggests, roads that are able to generate solar power. They are made out of plate glass, and can significantly reduce our greenhouse gas emissions.

Additionally, according to their inventors, they will come with LED lights as well as a warming system. This allows them to melt snow and ice, and warn drivers about potential hazards.

Solar roadways have gotten a lot of approval from all over the world, and many projects have been planned or already implemented.

However, some people are sceptical. They criticise that SR projects, like the one in France which cost around $5.2 million, are too expensive. Additionally, many are worried that the material won’t be strong enough for road traffic.

The infographic below will bring some clarity.

It includes all the information about the debate and summarises different solar roadway projects from around the world. 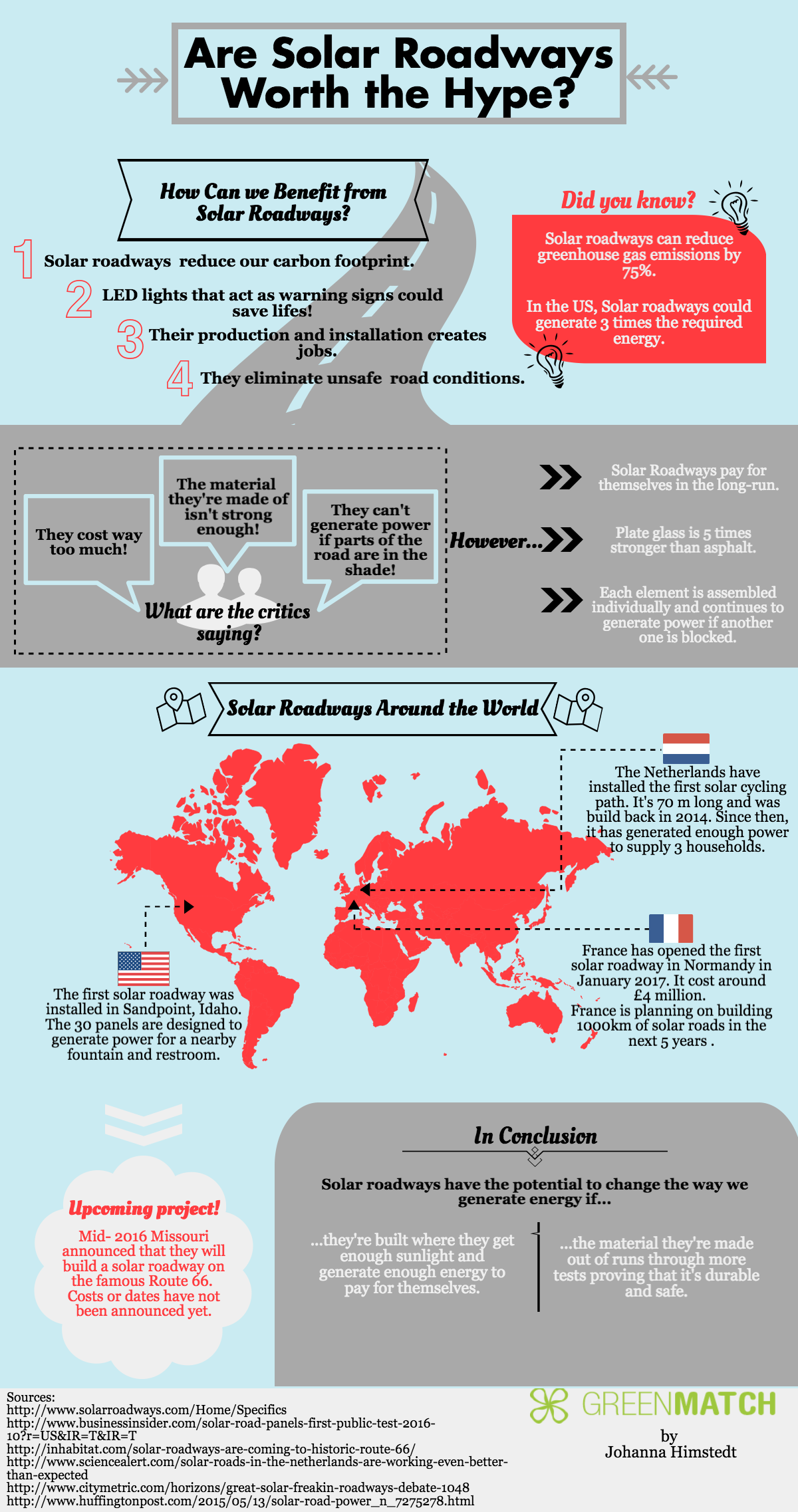