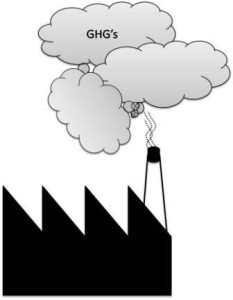 Today our mother earth is surrounded by environmental problems such as air, water and land pollution. One of the major problems, the world today is facing is global warming. Now here arises a question as to what is Global Warning? Global warming is the term used to describe a gradual increase in the average temperature of the earth, a change that is believed to be permanently changing the earth’s climate. Even though it is an ongoing debate, it is proved by the scientists that the planet is warming. The 29th century is experiencing a continued and tremendous increase of earth’s mean atmospheric temperature by about 1.4 degrees F and about two thirds of it has been occurring since 1980. This is global warming; it is affecting the nature’s balance and has a huge impact on life because of phenomenon like continued heat waves, and sudden occurrence of storms and floods. Don’t we see time to time, the epidemics that are devastating to human life and the flooding of the farmlands that puts our economy in a deep hole?

Secondly, mining for coal and oil releases methane in the atmosphere. More ever the leakage from natural gas fields and landfills are additional source of methane.  Excessive cutting down of trees is another factor causing global warming. When deforestation happens the efficiency by which carbon dioxide is stored and oxygen released by the green plants are decreased to a huge rate in turn causing increased concentration of carbon dioxide that leads to increased greenhouse effect.

Thirdly, nitrous oxide from fertilizers, gases used for refrigeration and industrial processes are other factors that cannot be forgotten as the cause of global warming.

Fourthly, another source of methane is methane clathrate, a compound containing large amounts of methane trapped in the crystal structure of ice. As methane escapes from the arctic seabed, the rate of global warming will increase significantly.

Fifthly, the burning of wood (should be reduced to a greater extent) releases oxidizable carbon to the atmosphere whose presence in greater amount causes the elevation of temperature. There is strong evidence that emissions of chlorofluorocarbons (CFCs) were the major cause of the recent abnormal warming.  Like carbon, CFC’s do not trap heat but in the presence of UV rays the chlorine gets detached from CFC, drifts up into the stratosphere and this unattached chlorine catalytically convert ozone molecules into oxygen molecules depleting the ozone layer.

Humans contribute to all of these greenhouse gasses whether they know it or not. They mostly contribute to the carbon dioxide levels in the atmosphere. They do this through the burning of fossil fuels such as oil, coal, and natural gas which is derived from old dead plants. These three fuels are what we use to run just about everything. Cars, generating electricity, factories, heat our homes, and many other things. All of these things supply carbon dioxide into the atmosphere and thicken it. One other leading contributor to the rising levels of carbon dioxide in our atmosphere is deforestation to clear land for farming and new developments. This releases all the carbon trapped in the trees and also reduces the amount of things that can convert carbon dioxide into oxygen. Humans contribute to the levels of methane by raising cattle, coal mining, drilling for oil and natural gas, rice cultivation, and garbage sitting in landfills. All of these things contribute to the amount of greenhouse gasses and global warming in our atmosphere.

Where is the proof? The substantiation of global warming is all around us. The largest amount of verification is the fact that all of the glaciers, no matter where they are on earth, are melting at a rapid pace. So rapid in fact, that some scientists predict that they could drown certain countries partially. This, of course, would be catastrophic and we would be in some real trouble.

Now what is our moral responsibility being the citizens of this beautiful world, what can we do to help the cause of stopping or at least slowing the effects of global warming? We can encourage the use of alternative energy. Hydro power is currently in use for only about six percent of the world when we have so much water to take advantage of. Wind power is another quite successful way of producing energy. Solar energy is also easy to take advantage of. And Europe even uses nuclear energy quite successfully. All of these energy sources produce no greenhouse gasses. But, by the time we start to fully convert over to these it hopefully won’t be too late. We need to take action now.

Global warming is authentic whether you recognize it or not. Most scientists even predict that in the current children’s lifetime the temperature will raise anywhere from 2 to 6 degrees. What about their children and their children’s children? Will the kids of the future never know what snow was like? At last I would like to conclude my essay by saying a few lines being written by  Winston Churchill,

“The era of procrastination, of half-measures, of soothing and baffling expedients, of delays, is coming to its close. In its place we are entering a period of consequences.”

Will we be experiencing the consequences or will we leave it for the generations to come? The resolution is ours.