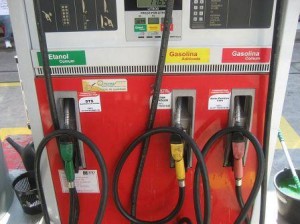 When shopping around for a new or used car, most of us pay close attention to the fuel efficiency numbers. This is one of the first things that consumers look at, particularly in countries like Australia or the USA where drivers cover long distances on a regular basis. However, you might want to start paying closer attention to other indicators of efficiency, as a recent study has found that real world carbon emissions are actually 25% higher than stated by auto makers. This study, conducted by the International Council on Clean Transportation, reports that this difference is significantly different from the 10% discrepancy of only ten years ago.

This bit of car news comes as a particular blow to German luxury manufacturers. Reported BMW figures were an average of 30% lower than real world figures, for example. Audi ‘s discrepancy was 28%, with Mercedes close behind at 26%. The ICCT research was conducted using data from over half a million vehicles across Europe, not taking into account those models particular to the Australian market. Further brands tested included Ford, with a 15% difference, and Renault, with a 16% difference. These numbers combined to give an average of cited emissions 25% lower than the real world vehicle performance.

It’s important to note that today’s major auto manufacturers are not pulling their emissions numbers out of thin air. All vehicles go through rigorous testing to determine the average carbon emissions and mileage, on both city streets and highways. However, these scientists know how to ensure that the cars will perform at their most efficient levels, using extra smooth driving surfaces or providing extra traction on the tyres. Because the average Australian or European road will not mimic the same environment, the real life efficiency numbers will be different.

There are ways for consumers to make their vehicles more efficient and in line with cited rankings. Regular maintenance and upkeep can keep cars in their best shape, while monitoring fuel usage can play a role in your driving techniques. Keeping the car rolling along at a smooth, even speed whenever possible will help make it more efficient. Drivers can decrease drag and make their cars more aerodynamic by removing excess gear changes, keeping windows rolled up when on the open road, and reducing the use of features like air conditioning. All of these actions help mimic the conditions used by auto manufacturers when testing out prototypes.

In addition to being proactive with these tips to improve efficiency, consumers can also rely on governmental reforms to help update testing procedures. The United Nations is heading up an effort worldwide, which will impact testing in Australia. The European Union is also attempting to reform testing, with the goal of meeting a 2020 target of 95 grams of CO2 for each kilometre across the board. This number is in line with goals in other countries as well, including Australia.

As a result, consumers can expect to see real world emissions numbers falling closer in line with automakers claims in the years to come.