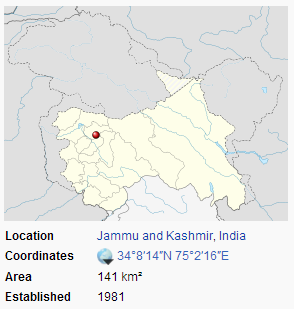 The name of the park means “ten villages” which may allude to the ten villages that were relocated during its formation.

Dachigam has been a protected area since 1910, first given the status by Maharaja of Kashmir. It was initially created as a game reserve. It was finally upgraded and declared a National Park in the year 1981.
Flora
Poplar, Walnut, Apricot, Apple, Pear, and Wild Cherry, Plum, and Chestnut, Willow, Oak and Birch trees.

HOW TO GET THERE-