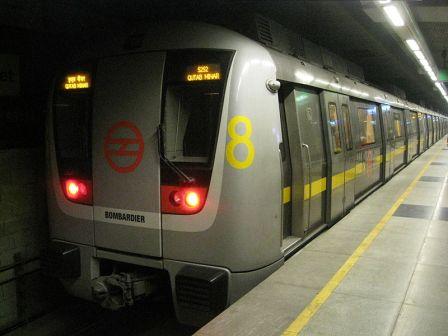 Energy efficiency measures were primarily undertaken in the heating, venting and air conditioning (HVAC) systems, lighting system and other energy efficient measures of station buildings; measures adopted in the HVAC system resulted in reduction in electrical energy consumption; it lead to tremendous amount of energy savings and was more efficient than Phase I.

All these measures resulted in reduction of carbon dioxide emissions by at least 25%.

The Gold Standard certification process ensures genuine quality and like all high end products, Gold standard carbon offset carry a price premium. The UN rate for one Carbon credit, at present is 70 cents, where as Gold Standard gives 4-5 Euros.

The Gold Standard registration will help DMRC to earn 7000-7500 amount of VERs (credits) per annum for next ten years. Delhi Metro is also working on other projects to get them registered under Gold Standard.

DMRC also has the distinction of becoming the first Metro or Railway project in the world to be registered by the United Nations under the Clean Development Mechanism (CDM).